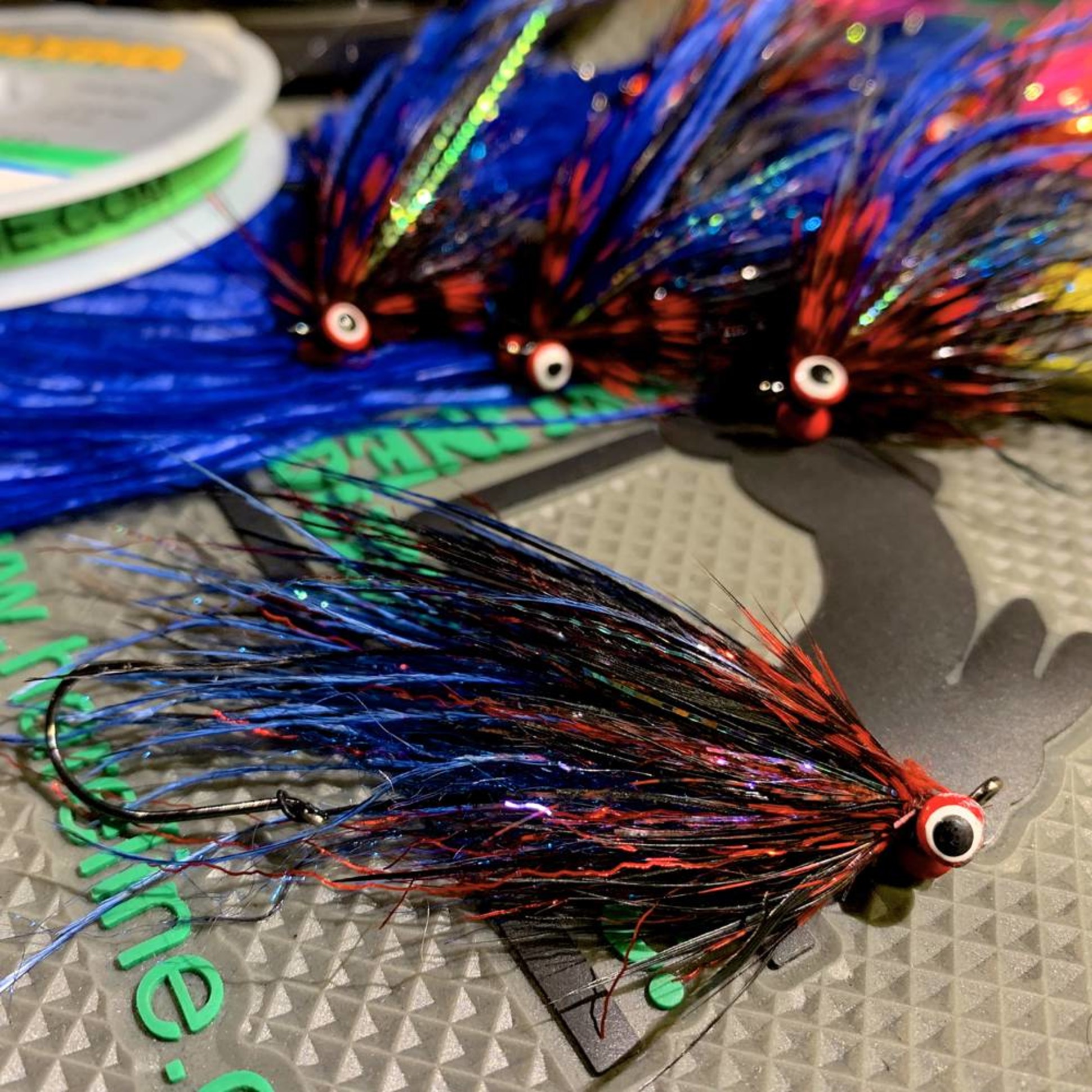 Who says you can’t put lipstick on a pig? I’m not saying Rob’s pattern isn’t awesome, but here is my little twist on Rob Crandall’s Provider. I like this version when the water is maybe a little off color or if you think your fly just needs to be seen. This pattern gets down quick for those deep slots and continues to just produce fish.

Start by attaching the intruder wire and eyes to the shank.

Place a stack (10-15 pieces) of blue ostrich along the top of the shank slightly flared across the dubbing ball.

Attach the tip of the Schlappen to where the ostrich is tied in then make a compound dubbing loop which you’ll put half-length cut fibers of Barred Predator Wrap and a little bit of Ripple Ice Fiber into the loop with the Schlappen. Here’s the fun part... spin your loop and make sure to pick out the longer fibers with your bodkin to get an awesome flashy/webbie compound loop. Then wrap this up the body and stop slightly before the eyes.

Attach a few pieces of Krinkle Mirror Flash to each side of the fly to create a lateral line.

Then a few turns of red guinea hackle in front.