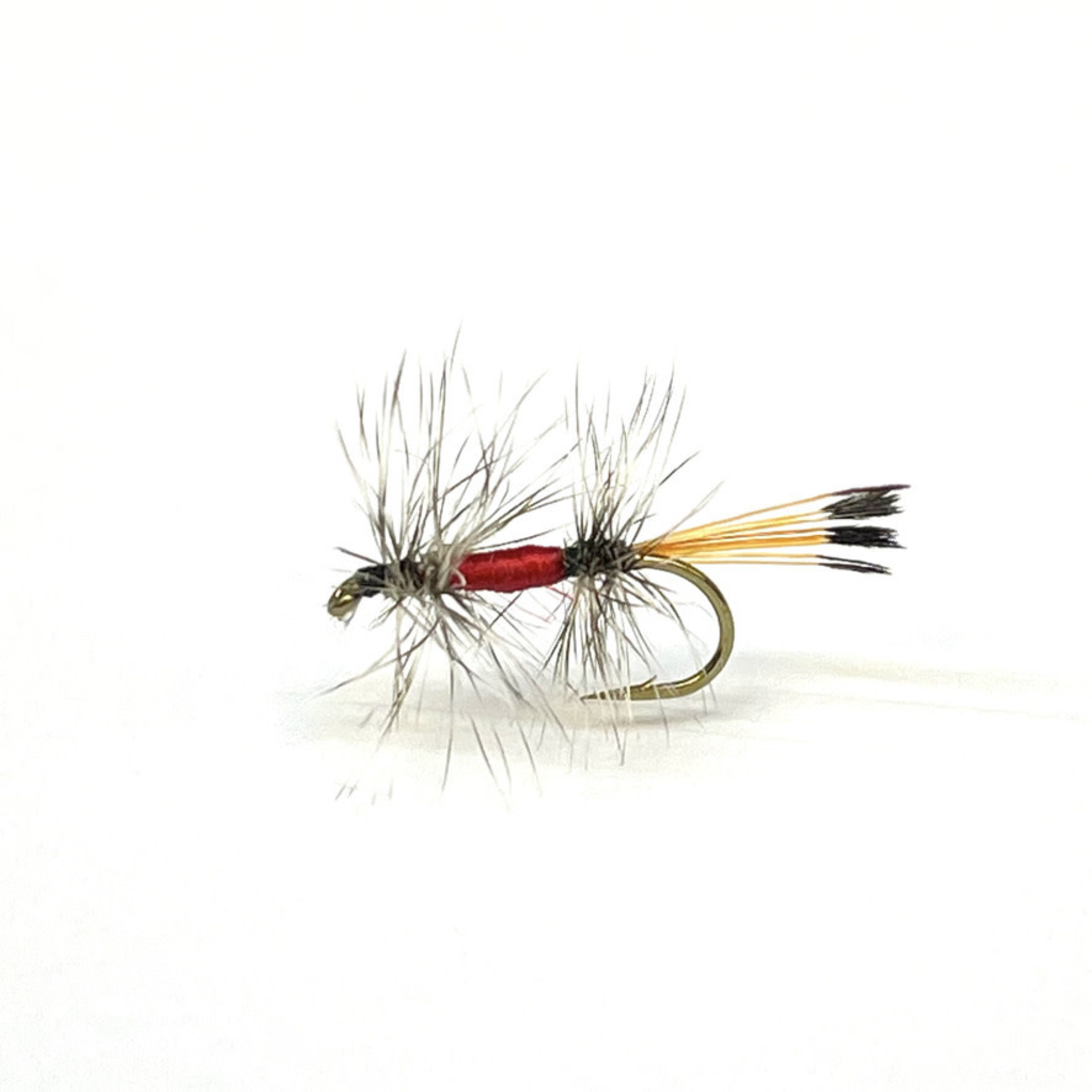 Since my early days as a fly fisher exploring the Sierras, the Sierra Bright Dot has long been a favorite choice when pursuing Rainbows in my favorite lakes and streams. Fly patterns may lose popularity over time, but it does not mean they become less effective. This fly is a perfect example.

The Sierra Bright Dot is a dry fly attractor pattern in the family of “Fore and Aft” flies such as The Renegade. Developed over a century ago in England, this style of fly had multiple originators from all over Europe. The SBD has been used primarily on the east side of the Southern Sierra dating back to the 1950s. While remaining a popular attractor pattern, its popularity has not extended beyond the Sierras. The “Bright” of Bright Dot is in honor of Dorothy Bright, the wife of a mine owner at Convict Lake, known as Monte Diablo Lake at the time. The Bright’s owned a mining village while it was attacked by six escaped prisoners in 1871. This occurrence led to the name change of the lake.

It is unknown who originated “The Dot” but has been a desired pattern for high elevation lakes and streams for golden and rainbow trout. It’s versatile, easy to tie, and has been proven time and time again. I think we should give it a try on our local waters, I’m sure it will work just as well here if not better.

fly of the weekFly tying
Bryan Cohen
Be the first to comment...