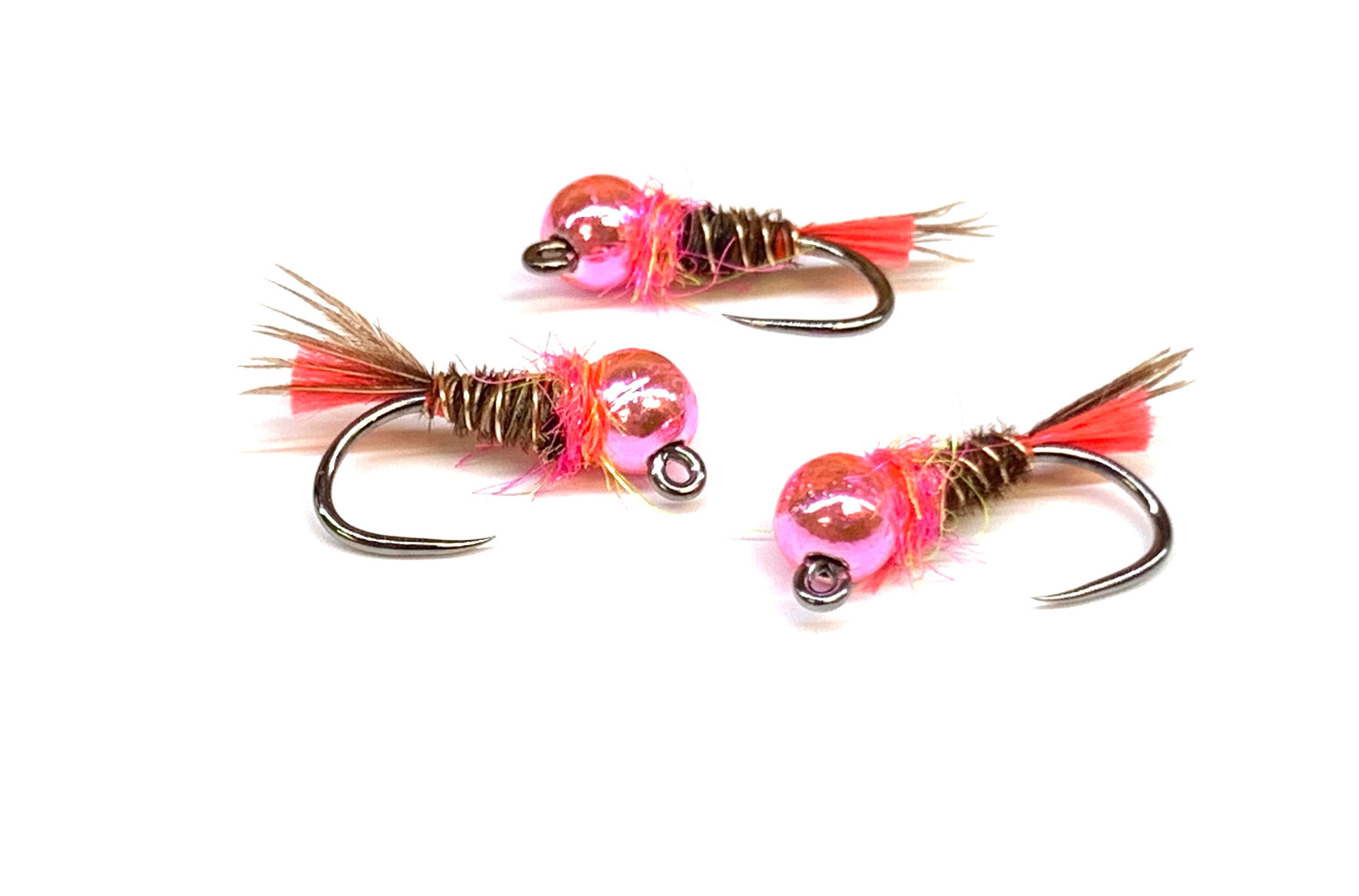 Last year around this time I posted a story on the blog about a fly I tied and a humbling experience that went with it. Here's the link to that post.

One Friday night I was at the tying desk working on some variations of a couple of successful patterns for an upcoming fishing trip. I had been tying a pheasant tail variation that had a hot tag tail. I had finished a couple that looked really great and I continued down that rabbit hole and things started to get a little wild.

I took what was a great pattern and starting rooting around the desk to find what else I had that might be interesting. Right away I found some pink beads. So I substituted the pink bead for the gold I had been using. I tied the fly the way I had been. When I got to the thorax I substituted pink dubbing, whip finished the head and had a what the heck moment. Well, what the heck wasn’t really what ran through my mind..... that’s the PG version. To say I was disappointed was an understatement. This thing was ugly! All I could think was it looked like a Frenchie in drag, pink tail, pink boa, and a pink hat...

So I went back to tying my other version.

I shoved all the flies I had tied into my pack including the ugly one.

I had some great success early on in the day with the good-looking ones and I lost a couple of them. I decided to tie on the one in drag. If I thought the others were good, this was way better. But I couldn’t shake the name. I showed the fly to Nick and said I think this thing is called the Drag Queen...