The Beginning of Nymphing on the Deschutes? 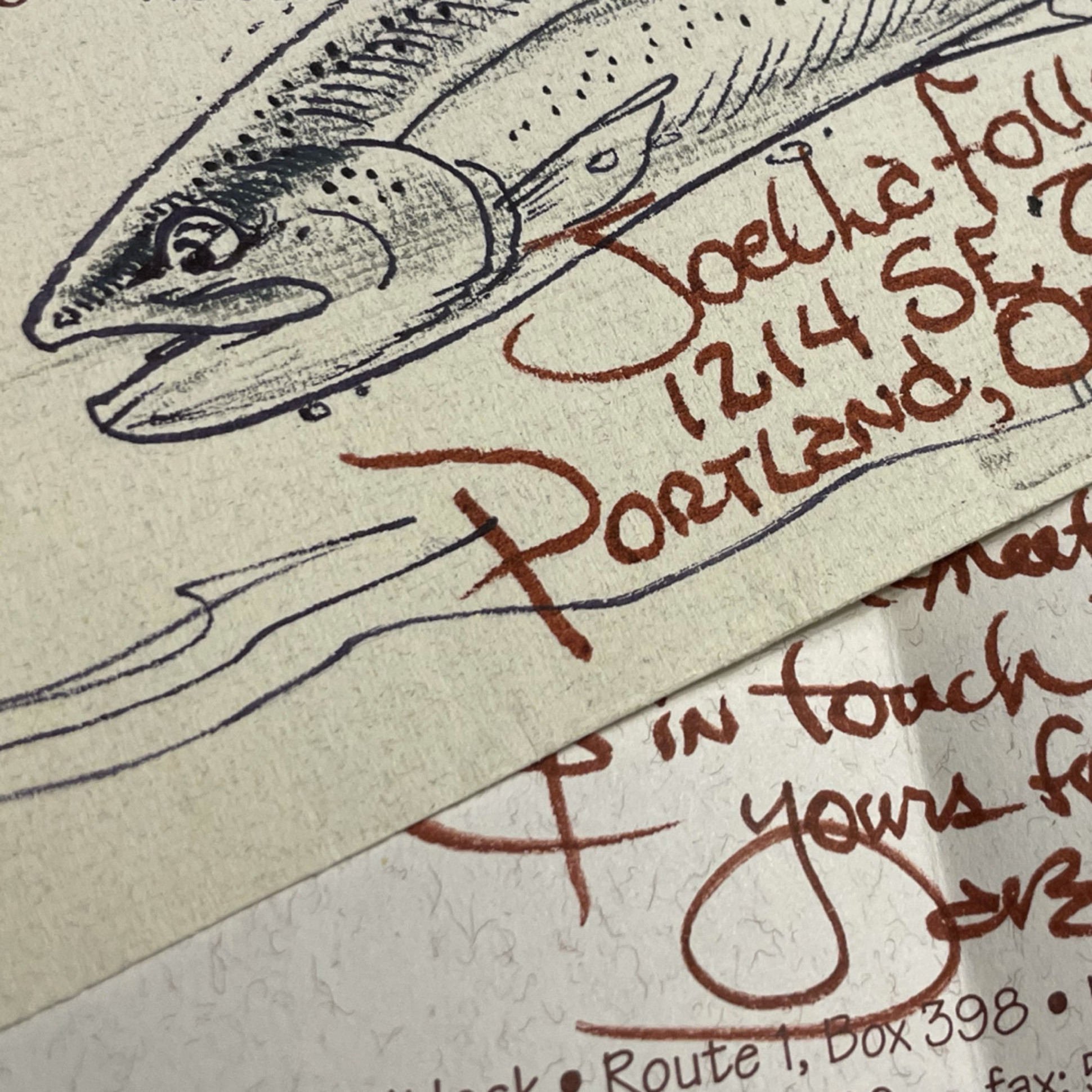 I've been cleaning out the garage the past few weeks; a task postponed far too long. In doing so, I have revisited some of my history hidden away in dusty boxes. Among the found memories are also bits of fly fishing history that came into my possession over the years, only to be buried in layers of life and soon forgotten.

Last evening, I came across a "smoking gun." Evidence, if you will, of a time before Euro Nymphs or even Polly Rosborough. You see, growing up in the footsteps of two dedicated dry fly anglers, I was never exposed to the underbelly of the sport, or should I say the subsurface. My fly box contained a simple collection of fluff to match the flying insects found on the Deschutes. What happened below the surface was of no importance because I couldn't see it, but a Trout rising to a dry fly was easy to see and atttempt to catch. Matching the hatch was the game, the only game.

I'm not sure when flymphs and nymphs enter the picture or my fly box, or who introduced me to this departure from tradition, but in time my collection of classic dry flies shared space with Fuzzy Nymphs and the aforementioned Flymphs. Unfortunately, neither proved to be successful for a young angler schooled in the ways of Mucilin, Blue Uprights, and Rough Adams.

Years past and Steelhead entered the picture, first tempted with Woolly Worms fished on a twitching swing. Occasionally, large Trout came to hand under the same technique, which inspired experimentation in the art of the swung fly. Flymphs and soft hackles were now better understood but only used when Trout failed to show themselves.

The evolution of the sport, and this angler, was inevitable; nymphs became common and soon had shiny bead heads to take them deeper in the flow. The red and white bobbers used while dunking worms found reinvention as "strike indicators" as progress and popularity found in the Hollywood version added to the throngs of converts, untutored by tradition.

In all of this, I find no reason to lament the passing of what was, nor condemn this evolution; it brings better understanding and stewardship as new anglers celebrate their own discoveries. But, of course, not all will continue this pursuit; those that do will carry the torch forward, adding knowledge and shaping the future of our sport, just as those who came before us.

By now, you are no doubt wondering about the "smoking gun" found hidden in the dusty boxes of my past. Well, it is a confession of sorts, penned by a very well-known and respected angler, so no blame should be placed for his angling influence on our fabled Deschutes River. While the correspondence was dated 1998, the unintended consequence of his actions occurred in the 60s when he was the guest of the Fly Fishers Club of Oregon.

In response to a letter I had sent him, he replied, "Your letter brings back so many wonderful memories I had with your granddad, friends, and my son, Joel. That trip was epic! We introduced nymph fishing to the club and proved how well it worked on the Deschutes Redsides... big fish, after big fish." The letter continued, "I remember your granddad, he was a really neat guy, and I'm so pleased you are following in his footsteps. I wish today more people had such wonderful role models in their families! My granddad always had time to take me hunting and fishing too; what a treasure these memories are."

The writer ended with a simple, "Yours for flyfishing, Dave Whitlock"