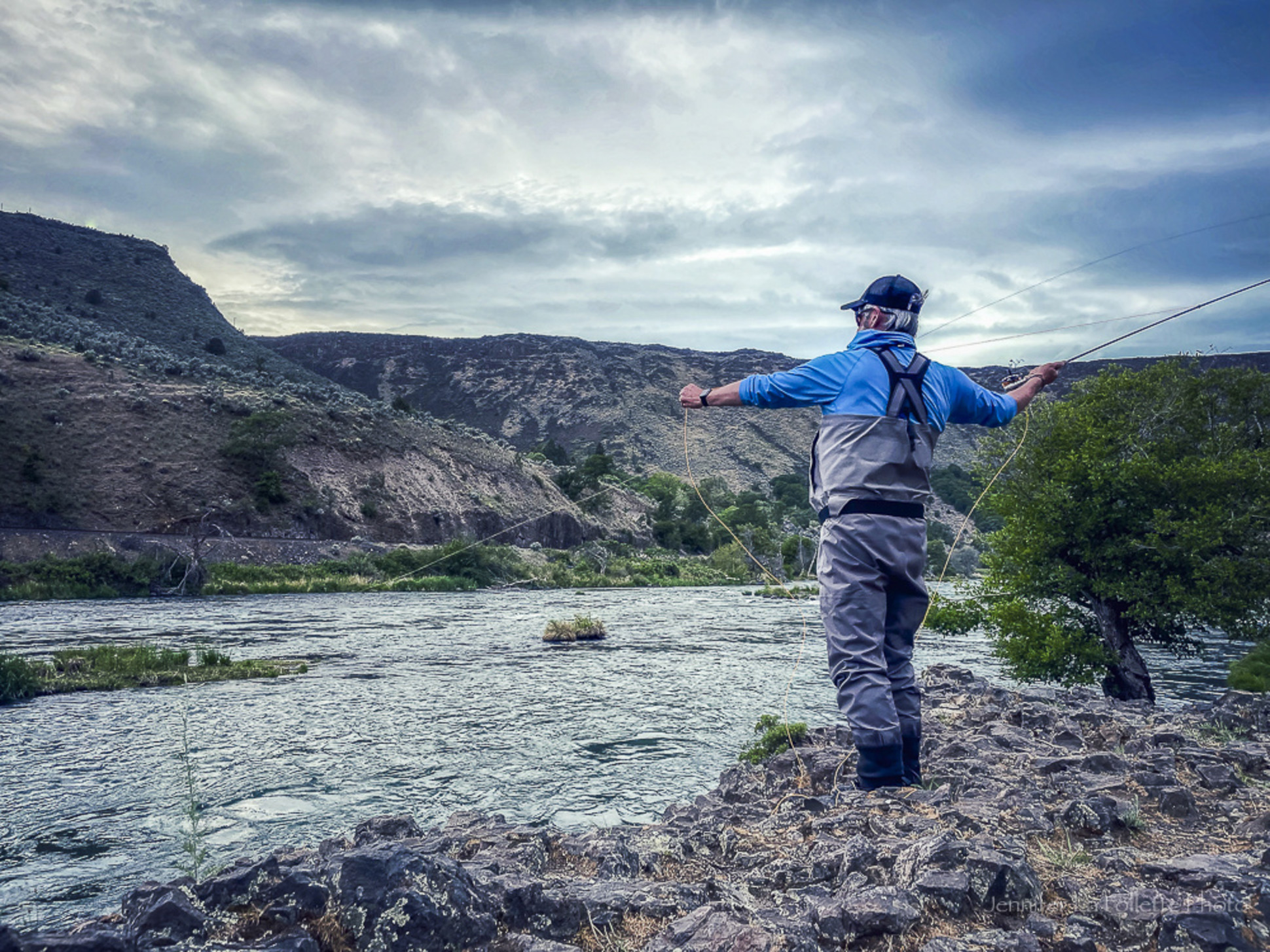 Saturday afternoon, the Oracle, Josh Linn, looked pretty antsy, checking his watch and the weather channel as customers filtered in and out of the shop. His drift boat was attached to his truck in the parking lot, just waiting for the green light to start the weekend and his first full-on assault on the Salmonfly hatch. Not wanting him to suffer needlessly, we took a vote and released him to get a headstart on the drive to Warm Springs. He vanished out the door and down the road before anyone could ask him another question. It should be noted that the Oracle has established a limit on questions, at least with our young apprentice, Fisher, giving him grief when he reaches his quota for the day. Since all questions had been satisfied, the Oracle hit the road.

The Salmonfly hatch on the Deschutes is part tradition, part festival, with a little crazy dry fly action, tossed in for good measure. Guides, outfitters, and fly shops have been accused of hyping the hatch to stimulate bookings and sales, and in part, that is true. Yet, without the hype, most anglers would forget the event and probably miss the party. Well, maybe not miss it entirely, but at least the best part, the anticipation. The Fly Czar, I mean Oracle, lives for this event, and his anticipation is more contagious than the current pandemic. His fly boxes stuffed to overflowing, he freely shares his secrets without charging the same tariff incurred by the aforementioned apprentice.

As with all festivals, things can get out of hand the more popular the attraction, and that's how the weekend shaped up for the Oracle in the upper river. Shuttle drivers reached capacity, camp spots filled, and fishing was spotty until getting downstream of Trout Creek. One phenomenon of the new mixing tower at Round Butte is that the hatch is more spotty as you move up and down the river, with the upstream progression less noticeable. This is due to water temps that are now being regulated at the dam. Good or bad, it's the new normal, so keeping on the move is beneficial if you are looking for surface action. That is precisely what our hero did, run and gunning his way downriver, traveling light and popping fish where the bugs were thick, sleeping under the stars, and enjoying the magic of the river far more than the owners of the drift boat now resting at White Horse, knowing that the Big Bug Bang was still a few days away.

Meanwhile, at the La Follette household, Sunday was baking day as sourdough starter bubbled on the counter and bread flour covered most flat surfaces in the kitchen. English muffins, baguette loaves, and a badass pair of pizzas set the stage for our assault on the Redside population near Maupin the following day. The Cookie Lady and my Dad stopped over to help with the pizzas that evening, and we enjoyed our first post-vaccine meal on the deck. Toasting the coming adventure with icy margaritas.

Dawn broke, and Mt Hood peaked through the clouds as we crested the summit. Clearing skies lifted our spirits, bolster higher by the traditional Joe's Donuts pit stop. Soon a purple glow radiated from the roadside, not a product of our sugar buzz, but the sun highlighting the desert Lupines in full bloom on the eastside foothills. Dropping into the canyon, the river came into view, erasing the measure of time since our last visit. We rigged up and started our own search for the mythical city of the Goldenstones.

We scrambled over boulders and under streamside brush for most of the day without must success, our casts on target, but only a few splashy rises to show for our efforts. Jennifer tenaciously worked a precarious bank; her pinpoint casts finally pulling a scrappy Redside from the cover of poison oak and wild roses.

As afternoon turned into evening, those fresh sourdough baguettes were turned into nourishing paninis in the camp kitchen to sustain us into the evening hours. Thus recharged, we battled hurricane winds as the canyon fought balance in the fading light. Clouds moved in as the fabled Goldenstones took to wing and the native Redside rose to greet them. The action was fast with splashy grabs and powerful runs, stripping line from screaming reels as the wind tried to knock us over. Soon the frenzy was over, and we retreated to the truck with one more stop to make before heading home.

At the far reach of a good cast, an island in the stream called me once again. We arrived just as the sky threatened to dampen more than just our spirits. No matter, only a few minutes would be needed to test the waters of the island. I greased the fly and sent it sailing to the far shore. Between wind gusts, casts fell on target without pulling any response from the big Trout known to make a living in the shadow of the island. One more cast and it would be time to go. I set my feet and gather line speed, double hauling the long tapered line. As I was about to release my cast, a familiar voice broke my attention, saying, "if I knew the landlord was going to be here today, I wouldn't have poached the island. I got a big one there a little bit ago." Turning, I saw my friend Brian Silvey standing there with a big grin, adding, "I'm still waiting for my Joel's Island t-shirt."

DeschutesGoldenstoneJoel's IslandSalmonfly
Joel La Follette
Be the first to comment...