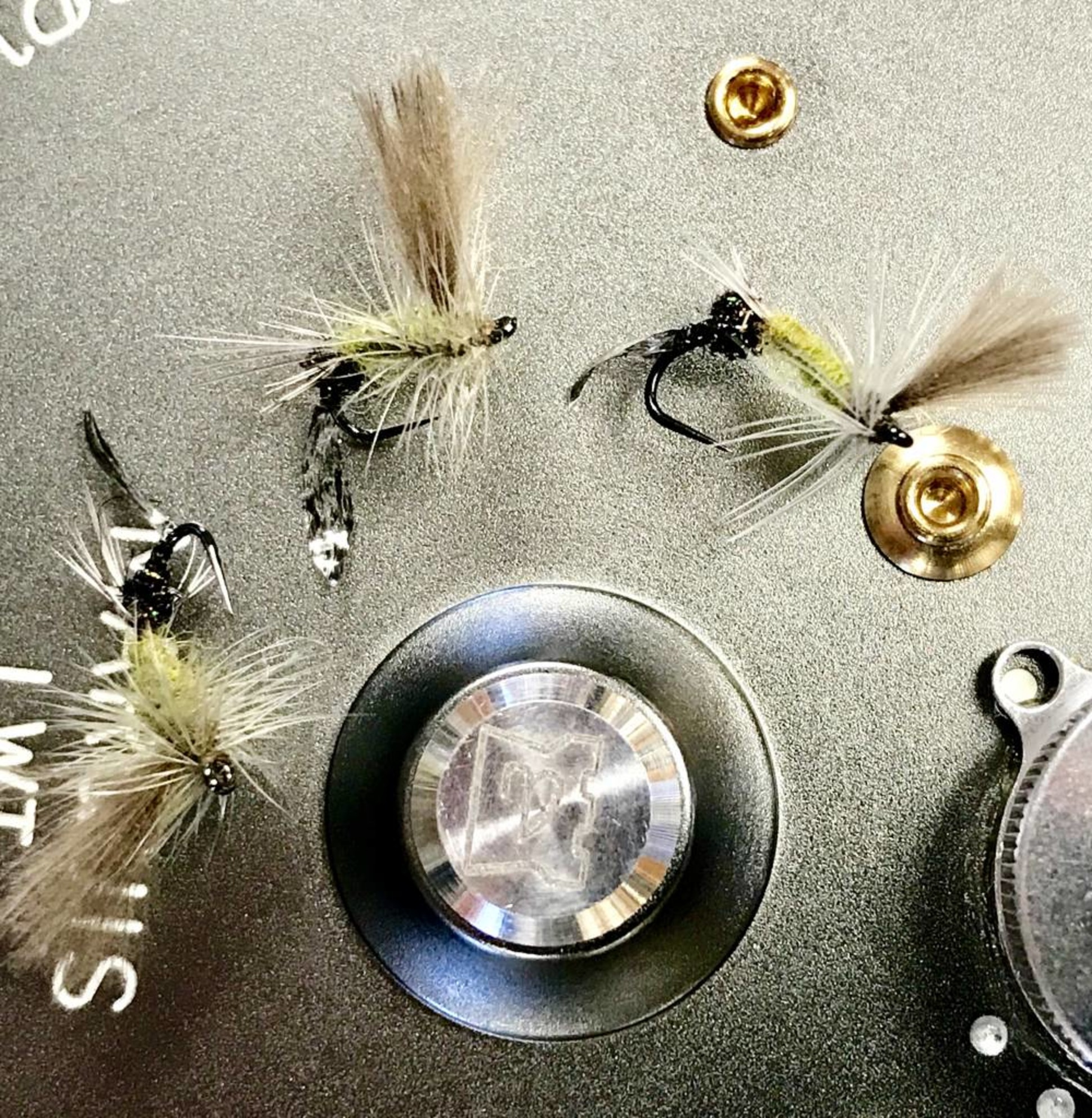 One fall afternoon a pod of very large Trout prowled below the surface of a glassy return eddy on my favorite spring creek. Full sun highlighted their speckled backs and crimson sides. The tiny sails of Blue Wing Olives danced on the simmering mirrored surface while the Trout circled menacingly below. Occasionally, one would slip from the pack and rise to push the meniscus layer up just enough to sip in the fairy-like insect before settling back into formation. For the angler, this was a nearly impossible scenario that posed multiple complications on the narrow path to success. If there was any chance to crack this code, the cast needed to be perfect and the presentation without flaw. Only the most realistic pattern tyed to a silken tippet would fool these persnickety specimens of the species.As the sun worked its way across the autumn sky, I sat above this challenge and planned my attempt. The population of insects now sailing the surface had doubled, but the fish maintained their dining pace and wariness. When I had finally formulated a plan and exhausted my patience, I slowly crept to the river’s edge, buoyed by optimism, but fully prepared for failure.Silvey’s Hatching Mayfly was made for this situation. I carefully applied floatant to the wing and hackle of the BWO version, leaving the trailing shuck untreated to allow it to dip below the surface. My spool of 7x tippet sees limited use most of the year, but for this campaign, it was the only option. I checked the knot one last time and let the cast fly. Like dandelion fluff, the fly settled to the surface in full view of the feeding Trout.Slowly, but without hesitation, the largest Trout in the pool rose deliberately and sucked in my offering. The fight was on. Without heavy current to assist in his struggle, he reluctantly succumbed to constant pressure and eventually slipped peacefully into my net. Our encounter was brief, and he was soon finning his way back into the deep.Confidence is the gift of success. I continued working my fly over the remaining fish, convincing a few others to sample my offering. In time, the eddy was quiet and the last of the naturals had taken to wing. I tucked the fly into the hook keeper and wandered up the trail. A perfect day on the perfect river, and the perfect fly for the problem. I could hardly wait to call Silvey.

Blue Winged OliveBrian SilveyDeschutesfly of the weekFotwTrout Fly
Joel L
Be the first to comment...