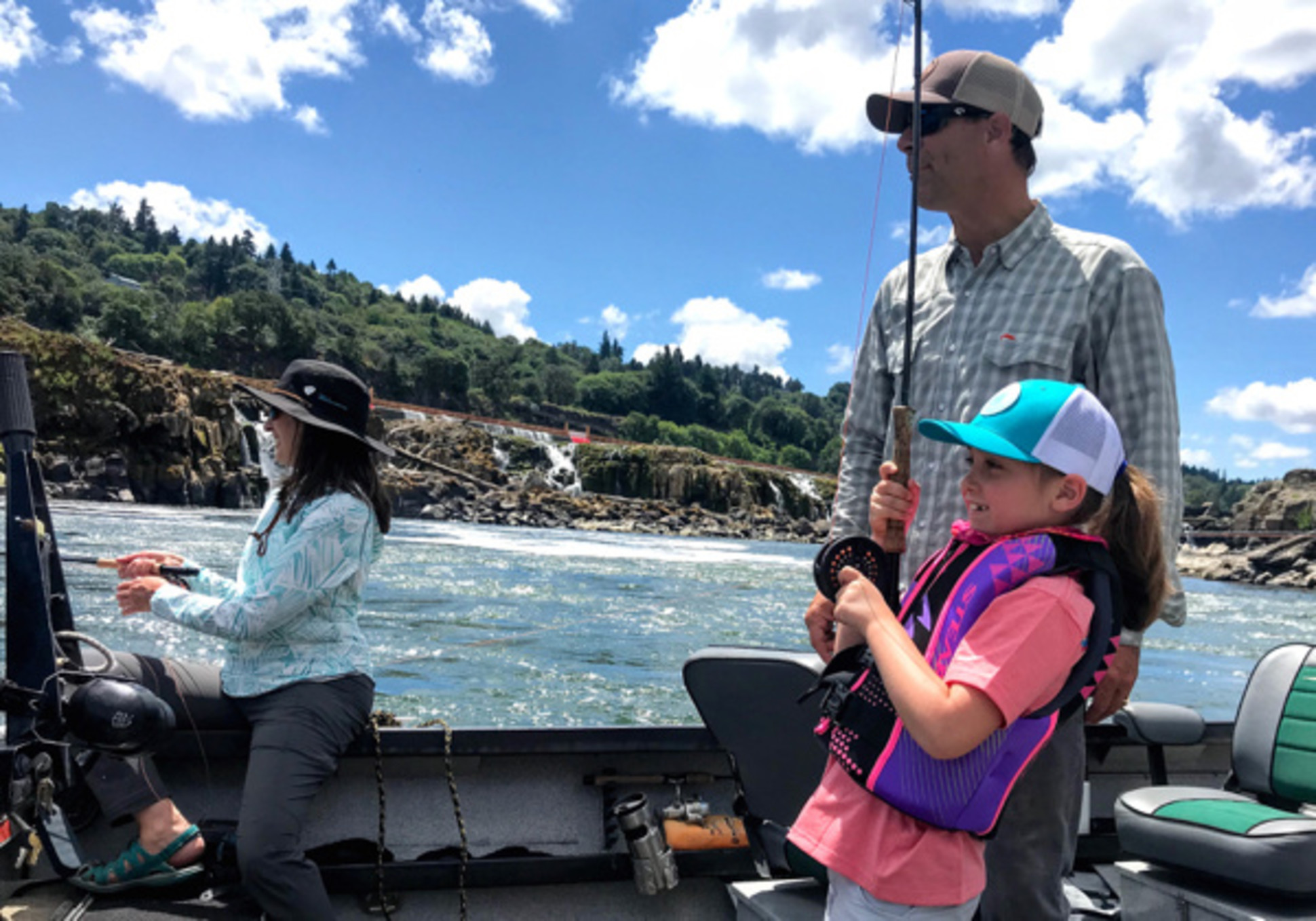 Several months back, being a newcomer to Oregon, I was quizzing Mr. Skittles about the numerous fly-fishing opportunities Oregon had to offer. He was giving me a monthly run down when, upon reaching June, his eyes widened with a wild and exciting glint to them. An inordinately large Grinch-like grin came upon his face as he excitedly blurted out, “Shad!”. Oh buddy! I didn’t have to wonder what the excitement was all about. We were transplants from coastal North Carolina after all, an area that waits with great anticipation each spring for the American and hickory shad to return to the famed Roanoke, Neuse, and Tar Rivers heralding in the start of a new fishing season. The shad run was one of my first experiences fishing with a fly rod and a wonderful opportunity for anyone new to the sport. The pursuit of shad on the fly isn’t technical and definitely involves more “catching” and less “fishing”. American shad were introduced to Oregon and other Pacific coast rivers in the late 1800s. Since then, the spawning run of this anadromous species has become the largest in the world with over 6 million shad passing just through Bonneville dam in 2018! The largest of the herring species, American shad average 3 to 5 pounds and can put up a heck of a fight earning it the nickname of “the poor man’s tarpon”. Wanting to set my 8 yr old daughter up for success on a fly rod, this seemed like a wonderful opportunity to get her “hooked”. I put the word out to PDX Women on the Fly leadership and they were down for some shad action as well! We set the date with Rob Crandall of Water Time Outfitters for a 4-hour tour on the Willamette. We met Rob and co-pilot Todd Rettman at the docks in Oregon City a little afternoon. My daughter, Emerson, Laura McGuill and I would be fishing with Todd while Melyssa Graeper of Trout Unlimited fame, Judy Larson and Kim Garner hopped in with Rob and son. A short boat ride later we were anchored by the falls and slinging sink tips. In no time, the gals’ rods were bent and bowed! Emerson was the first to bring a fish to the boat in our group! It was a proud moment for me of course as I watched the delight dance across her face. She even named it Penelope. As Penelope swam off Todd tossed her fly back in the current and within minutes she had another shad on. It ran, jumped and offered much amusement. Once in the net, this shad was christened Shelton. A few moments later and Ainsley was in the net. This exact scenario played out over and over for the next 4 hours! According to Emerson 9 shad were netted and released, each with names like Serena, Shadzilla, Sawyer, and Yundi. Emerson quickly earned the nickname of “Lil Fish Whisperer” from the rest of the ladies who were doing quite well themselves.  Melyssa caught her first (of many) fish on the fly, an awesome moment to witness. Kim, Laura, and I had a ball. And Judy? Well, Judy was on absolute fire and is clearly touched by the fishing gods. Rob and Todd looked pretty amused with this crew of shad newbies and were excellent instructors, especially with Emerson! I couldn’t have asked for a better experience and thoroughly enjoyed watching her transform into quite the angler. Like her Mom, she was frustrated when fish “self-released” refusing to count those. Admittedly I was amused on the way home when I saw her frowning in the review mirror because as she said: “I didn’t catch as many as Judy!” Looks like not only is the Lil Fish Whisper hooked but we may have created a monster…. mission accomplished!

ShadThelma and Louise
Callie Freeman
Be the first to comment...