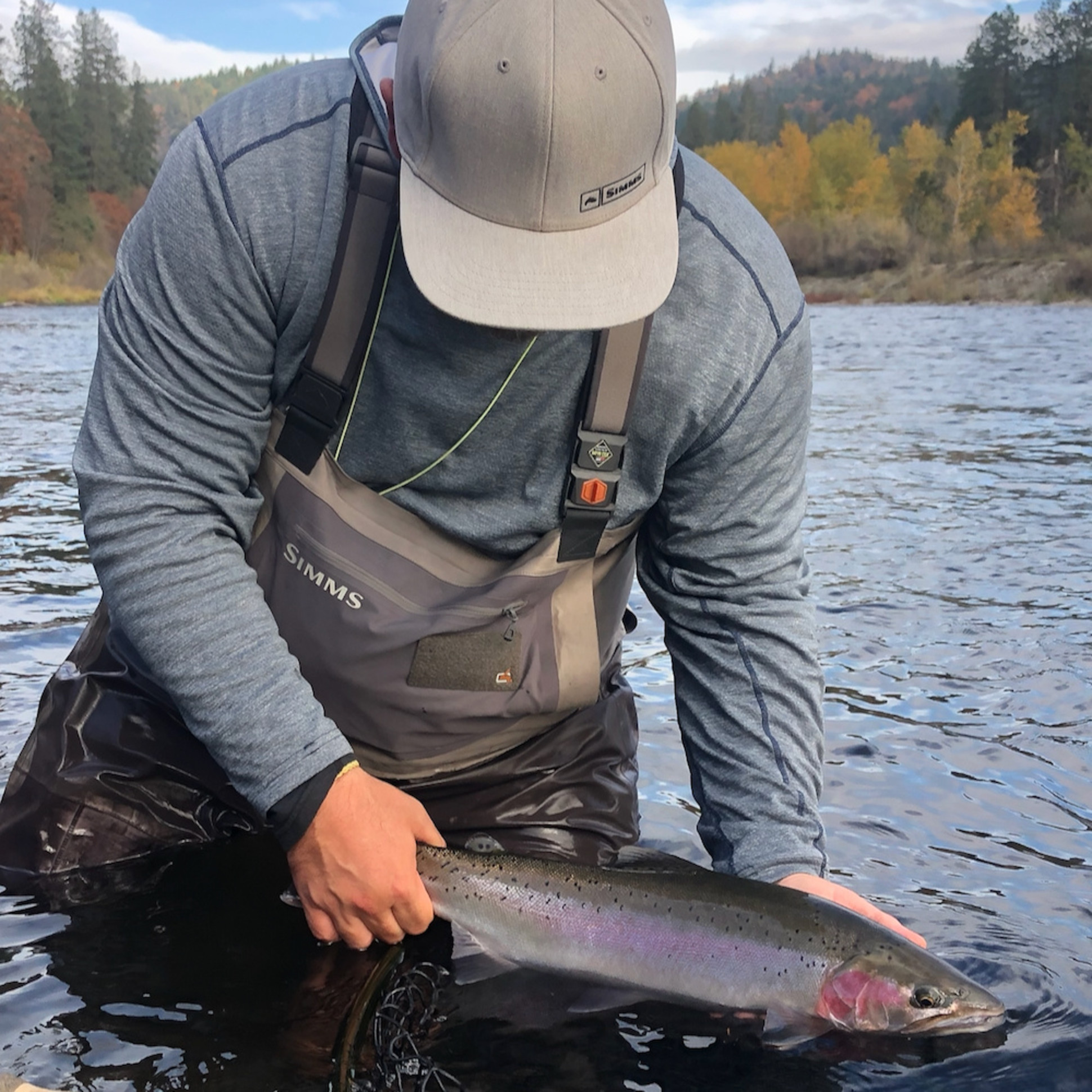 The past couple of years as we all know have been full of curveballs, and this steelhead season has been no different. With the poor returns to the Columbia and its tributaries, and the Deschutes closed for the season my two fall steelhead options were no longer options. I had a bunch of vacation time scheduled for guiding that was no longer going to happen so I had some free time. Listening to rumors from around our area it sounded like the Rogue was the best option. So we called an audible and made plans to spend a week down there exploring new waters. This regularly scheduled trip has a few recurring participants. My good friend Larry was going to be me copiloting this trip. And the way it was shaping up a number of our other friends would be down there fishing and guiding.

I have not been to the Rogue in a long long time. So basically we had zero experience down there. Fortunately, we were going to be hosted by some friends and guides, Rob Perkin, and Kait and James Sampsel of Humble Heron Fly Fishing. It’s always good to have a guide show you around.

We booked a yurt for the week, packed the coolers, and loaded up the drift boat. Sunday morning we hit the road hoping to get to the river with some time to drive around scouting boat launches and getting the lay of the land.

Monday morning we were up early and had a loose plan of where we were going to fish. A couple of people gave us some clues about a couple of different runs. Now we are both experienced steelhead fishers and we figure out we had a pretty good shot at catching a fish or two.

We launched the boat in the pouring down rain, the water looked pretty clear but had was a kind of tea-stained with not a lot of visibility. We fished a lot of great-looking water, and by lunchtime, we had fished all of the runs we had been told about. Steelheading is technical and takes a lot to unlock its secrets. Every river is unique and this river is no different. By the end of the day, we had interacted with a couple of fish. The water was clearing and we were fishing with our good friend Rob Perkin who had been down there guiding the past month, so our hopes were high.

On day two we were up early and out the door before the sun was up. This was going to be a better day. Speaking from experience it always pays to have a guide. They know what runs have been fishing well, where the fish are holding, and what flies to use. It also helps you to confirm that you are fishing the right water. And as it turns out quite a few runs we fished were right, but we did get a few wrong. By the time we hit the boat launch we had hooked three and landed one.

Through the course of the week, we had some good days and some bad days. Two days it rained so much that the river was high and muddy. We had a few different guests come to camp that made for quite a good time around the campfire or huddled under the little porch awning.

It was a great time seeing new water and taking the time to figure it out. It was relatively close to home and pretty convenient. And on the drive home, Larry and I were already making plans to go next year. I guess there is somewhat of a silver lining to having our normal plans canceled.

Rogue RiverSteelheadThe Oracle
Josh Linn
Be the first to comment...