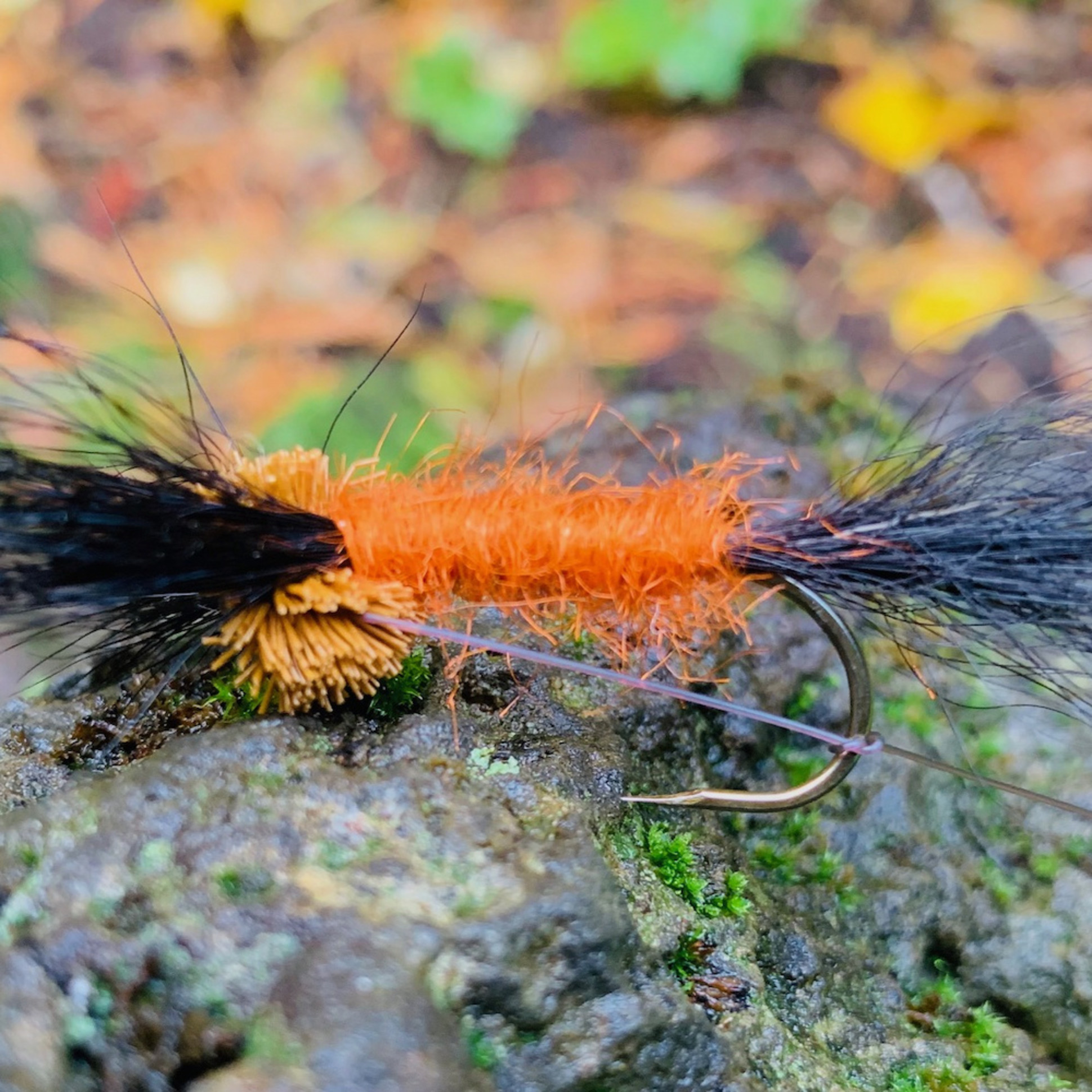 Years ago I became the proud owner of a great fly rod.  One that felt like an extension of my right arm.  The cane rod was handcrafted by E.C. Powell for Sandy Bacon, an old-time steelhead angler from the Seattle area.  Powell rods were known for being light with great power.  The secret was his patented process of fluting the pith from the cane and adding Port Orford Cedar to reduce weight but maintain strength.  This rod was 9 1/2' in length, weighed 5 1/4 ounces, and cast an 8 weight line with determination.

Excited to get it on the water I headed for the Kalama River in Southwest Washington.  It was the early fall of 1983 and the river was in prime shape.  My destination was the Holy Water made famous by local legend, Mike Kennedy.  Driving up the river a feeling, more of an intuition came to me.  I learned long ago when one of these presents itself it's best to follow.  This intuition was a quick stop at the Red Barn area of the lower river.  The water, two great classic runs have provided fish on several occasions over the years.  At the very top, mid-riffle to the far side was a small pocket, maybe 7-8 yards long by 4 yards wide.

It's a dicey wade in fast water to get into position but well worth the effort as the feeling of success was pulling me.  My chosen pattern was Bill Bakke's DragonFly, a favorite surface skater that I really like in broken pockets like this one.  The fly chugs and churns like no other and garners real excitement from Steelhead.

In position, I removed the fly from the keeper and made a few false casts to lengthen the line, and dropped the fly at the pocket's head.  Six or seven casts in I had a perfect head and tail rise from a sizable fish.  Fishing surface flies on a short line one's rod tip is held high, so when the fish grabs the fly you can lower the rod, thus allowing them to turn with the fly and hook themselves squarely in the "V" of the jaw.

With that perfect rise, I lowered the rod and awaited the coming weighty pull, but all that happened was the fly reappearing on the water's surface.  Damn, I recast and put the fly right back into the same place.  The fish reappeared, this time in another head and tail rise but made his turn quicker and more determined.  A drop of the rod tip, wait for a count or two, but again the fly comes to the surface.  Holy Crap, two casts, two great rises, and no hookup.  Another cast, a slight swing, and this time the fish came across the pocket with a vengeance, attacked my fly, but again harmlessly popping back to the surface.  I was dumbfounded, had I broken the hook point off on an errant backcast, I had to inspect.  Bringing the fly to hand it became obvious right away.  I, in my haste, during one of my early back casts with the new rod had somehow half hitched the back of the hook so it was fishing perfectly backward.  A first for me, with a slight grin and a shaking hand I righted the fly and sent it back into the pocket thinking I've got you now!  But alas, the fish never showed again.  I must have made 30-40 casts into that ten-cast pocket pushing for a return.  But nothing, I could only wade back to shore defeated and demoralized.  But a firm lesson was learned.