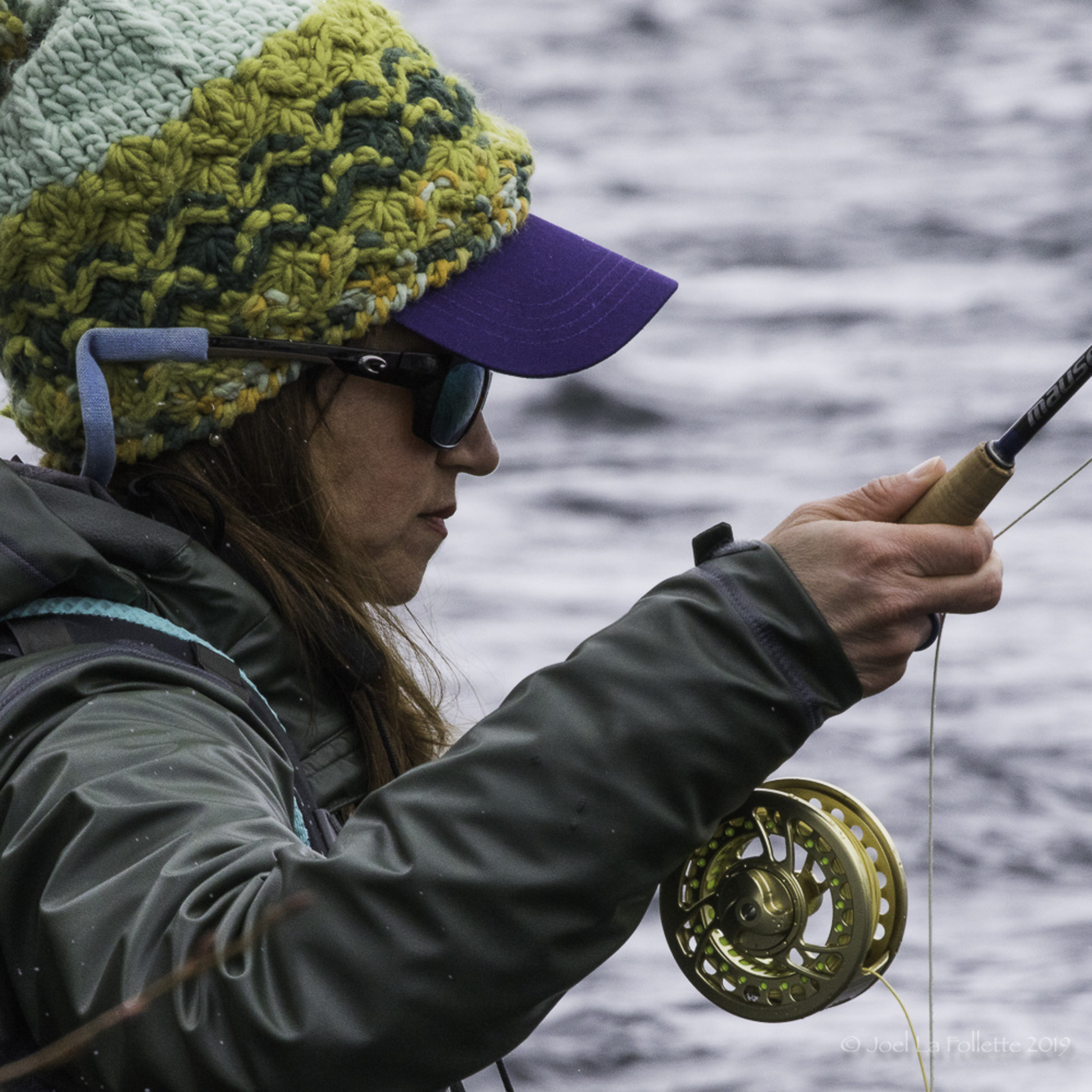 Share
It was a little after 5:00 AM when the call came in; we needed a final decision. A winter storm had been brewing to the east the evening prior, dumping snow and promising to cancel a long-awaited outing. Treacherous driving conditions were a possibility but so were the chances of returning with beautiful photographs to accompany an epic tale.
Deciding in favor of a great story over the “smart play” we met "the Boss," Joel La Follette at his headquarters in West Linn, climbed into his Go-Go Gadget mobile and headed towards Maupin. We arrived to find the Deschutes transformed into a winter wonderland. Overnight snow had buried the roads and even the riverbanks under several feet of untouched snow. Happily, we quickly realized we would share the quiet solitude of the river with only the occasional passing of bald eagles, blue herons, hooded mergansers and widgeons.
Upon reaching our destination Joel gave us the lay of the land, recommended a fly or two and sent us on our way continuing to observe and give advice as needed. We still had time to burn before the surface action would heat-up. An hour later midges dotted the white landscape but no other signs of life were evident until Joel brought a nice fish to hand on a BWO dry. He put his rod away and picked up his cameras for the rest of the day. Soon, Thelma broke the silence, connecting with a beautiful rainbow while nymphing!
With Thelma on the board, we decided it was time to break for vittles. To our delight, our host treated us to a riverside chicken fajita luncheon straight out of the Go-Go Gadget mobile kitchen. The best shop guys in the business sometimes referred to as “The A-Team” but known to all as “The Fly Czar” and “Mr. Skittles” joined us along with a bearded man they referred to as “Jeremy”. Their timing was as perfect as the Blue Wing Olive hatch, went off after they had consumed the last fajita.
Joel readied his cameras as the rest of us scurried to the river. Mr. Skittles accompanied me upstream of Thelma and the Fly Czar and directed my casts as trout were rising, sipping Blue Wing Olives around us. After several casts in we watched my BWO float just past us, a nice-sized rainbow rolled up, smashed it and I set the hook! I squealed with delight as he put on a big show for us. Within seconds we heard the excitement from Thelma and The Fly Czar — Double Hookup! For BFFs (best fishing friends) this is the epic story we longed for! The thrill continued with several takes and a few unsuccessful tries at a larger bow in front of us that Mr. Skittles with wild eyes insisted, “No! We want that one”. I’m not sure how long the hatch lasted; it ended as quickly as it began. Alas, "that one” will have to wait for another wintery day.
We closed the day out with gourmet pizza pies and brew from Double Mountain Brewery in quaint Hood River Village. Tales of who caught what and who fell on their butts among other unmentionables circled the table. We survived our journey, spent a magical day on the Deschutes River, and were gifted one of our first epic tales. The first outing with the Boss, the Fly Czar, and Mr. Skittles will be hard for Thelma and I to beat. You can say we enjoyed getting “The Royal Treatment”.
You can check out the photos from our adventure here...
BWOsDeschutesFly FishingRoyal TreatmentSnowTrout
Callie Freeman
Be the first to comment...