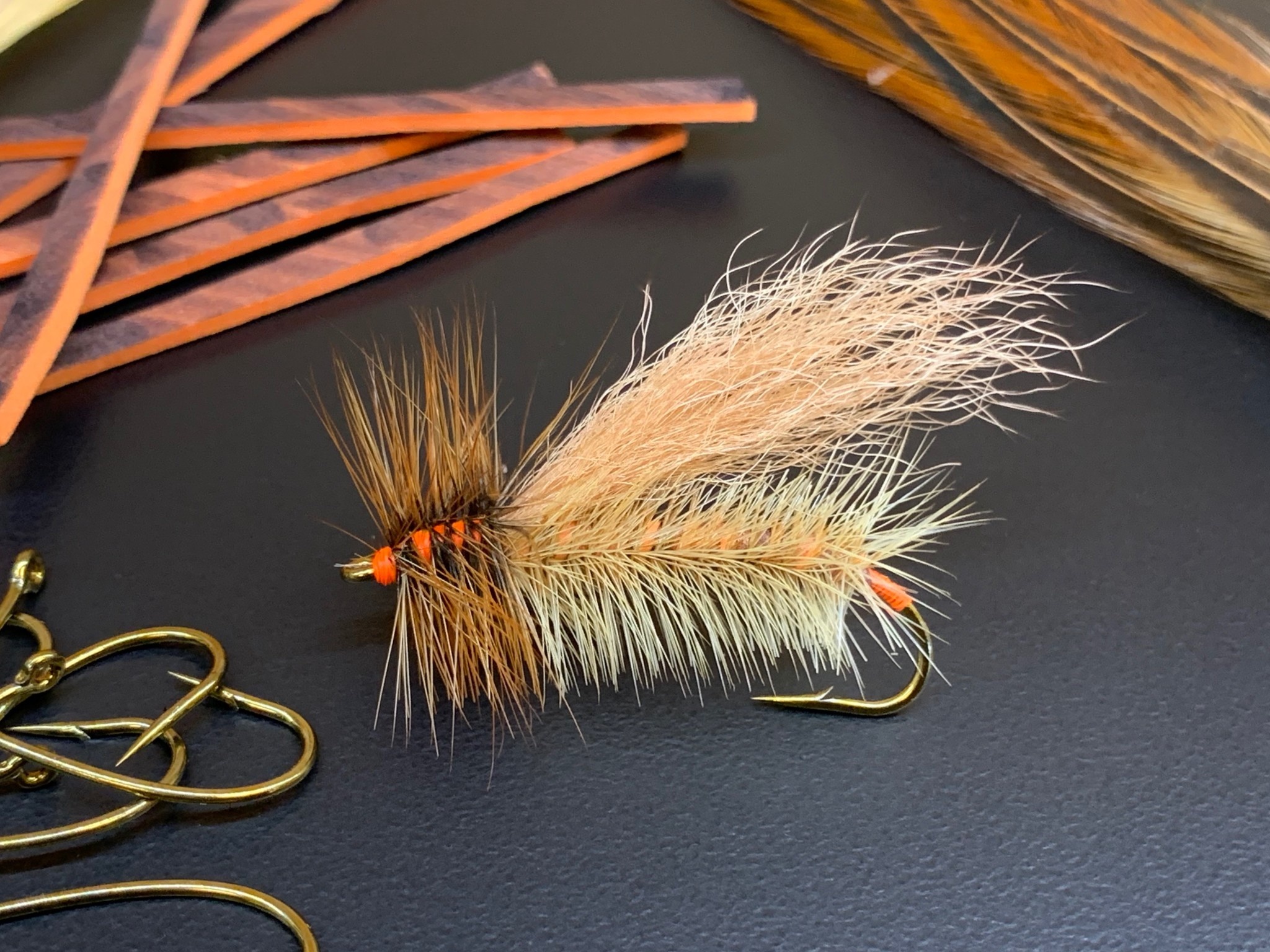 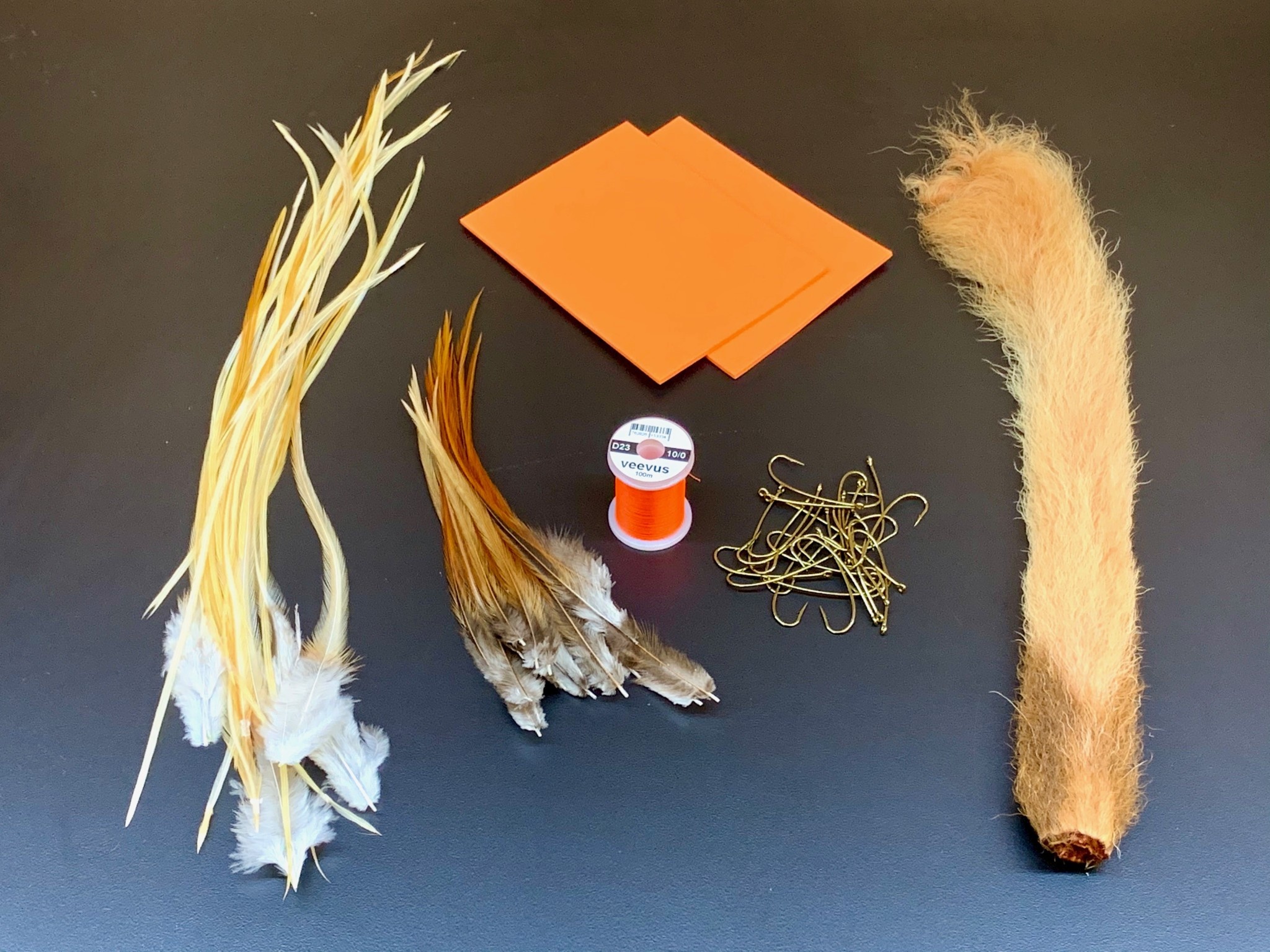 I started fishing the Salmonfly Hatch in the late 90’s and the fly that we fished was a Norm Wood’s variant, that Gary Hilton envisioned. We called it The Hilty Special. The Hilty Special was basically a Norm Wood’s special but it was tied on a TMC 200R, no tail, a thin body dubbed out of Angora dubbing, and a lot more wraps of hackle.

As the years went on, the fly that I tied evolved, the body, instead of dubbing, became a strip of foam colored black wrapped up the hook, ginger saddle hackle was palmered up the body with as many wraps as possible to increase floatation.

These slight changes to the pattern enabled me to envision and fish the fly like I thought it should be. It rides really low in the water just like an actual salmonfly, it has a dirty dusty black and orange coloration for the body, the wing sits low over the body.

One of the keys to success for fishing this fly is how you apply the floatant. The wing needs a thick paste like Loon’s Payette paste to make it clump together, the rest of the fly gets a normal floatant like Loon’s Lochsa.

You should give this fly a try, it might prove to be more effective than that Chubby Chernobyl you’ve been fishing the past couple of years

1. Start by laying down a base of thread, when I get to the hook point I try to build up a tail of thread so there is an Orange tail that extends from the barb for about 1/4”.

2. Tie in the saddle hackle by the tip above the barb of the hook.

4. Wrap the foam forward to where it was tied in. Try to wrap the foam edge to edge so it is alternating orange and black and looks segmented

5. Palmer the hackle up the body using as many wraps as possible, try to make 15-20 wraps of hackle before you tie it off.

6. Lay down a good base of thread so the calf tail will have something to stick to when it is being tied in and to stop there from being an abrupt drop off from where the foam was tied in.

8. Tie in the calf tail by the butt ends and lash them all down so it builds up a thread

9. Tie in the hackle by the stem and wrap as many wraps of hackle as possible, typically 5-10.

10. Lock in the hackle, trim, and whip finish

-Color the 2mm foam on both sides with a black sharpie and then cut it into strips, approximately 3/16" wide. When you tie in the foam do not pull it very tight, so it builds a tapered body and still floats well.

-After you lock down the saddle hackle on the end of the foam, build up a nice taper with the thread so there is not a curb or a shoulder where the foam ends. That way when you tie in the wing it will more easily lay down low over the fly

-Do not stack the wing so it has a little more natural taper, try to leave the wing a little long, so it extends past the bend of the hook

Materials may vary slightly from what is pictured.