Our surfer girl Shandy checks in with a double dipped fishing report.

Although April 20th was the official first day of spring I felt like the heavy wool blanket of this long drawn out Winter had finally REALLY started to pack up its bag like a house guest that overstayed the 3 day rule. The change was here and with perfect timing leading in to what were going to be two full-throttle days of fishing on rivers with polar opposite personalities, holding residents and welcoming  seasonal visitors both in and out of the water!

SATURDAYI was fortunate enough to be invited by Beth J. On the North Umpqua as a guest on a guided float led by Ty Holloway of @hollowaybrosfishing out of the Eugene area. This was going to be it, we were going to catch a winter steelhead on this pristine stretch of water and no was not an option...well, not for Beth anyway...no fish was safe from her cat-like hook setting trigger finger response to the bite.  Let's just put it this way, she caught and landed three beautiful Winter Steelhead and a trophy-sized rainbow trout, bigger than any trout I had seen in real time,  in front of my face, which historically speaking doesn't say much as far as my personal tally board, but it was a fatty!  My skill set for the day not so lucky...let's just say it was better to have caught and lost, than to not catch at all.  My turn came on earlier in the day after Beth's first Steelhead was landed.  It tugged, I set the hook, it ran, I stripped and pulled line in, it jumped for the three of us to give a hoot, it ran again and then it said "thanks for the good times" and bailed on me.It was "almost" enough to make it a perfect day and Ty worked so hard on getting me to the honey holes, but my reflexes were not my friend...and that's ok because  the 2  X foot long Steelhead smolt that I landed and grilled cheese sandwiches with tomato soup on the river bank, the laughter, the Spey pointers...and the SUN, that beautiful WARM SUN made it all worth getting outside!!!Sure, my catch tally wasn't flash...but it was just as magical getting some spot on pics for Beth of her catches and having some memories burnt into my brain for a lifetime!SUNDAYWhile Callie and I were introduced as "Thelma & Louis" we actually have a secret, we are a team of 3, a tri-pod, a trifecta...and Sunday was our reunion with our 3rd leg,  the "Dusty Bottoms" to our 3 Amigos, Candace Bell (@indigoflies) of Bend.  Our Sunday destination of course was the Metolius!!! And a little fishing trip on the Met wouldn't be the same without plans to meet up with Mr. Skittles and the Fly Czar!!!Perfect weather, perfect company and I even broke my Metolius curse of non-catch, landing a spunky rainbow on a BWO.  I'm on the board gang!Candace caught a beautiful PB Redband on one of her many killer flies that she of course ties, an emerger that I'm pretty sure she is calling the Metolius Madness moving forward.  Callie is 0-2  for the Met...try 0 -5 then I'll feel sorry for you Ned. 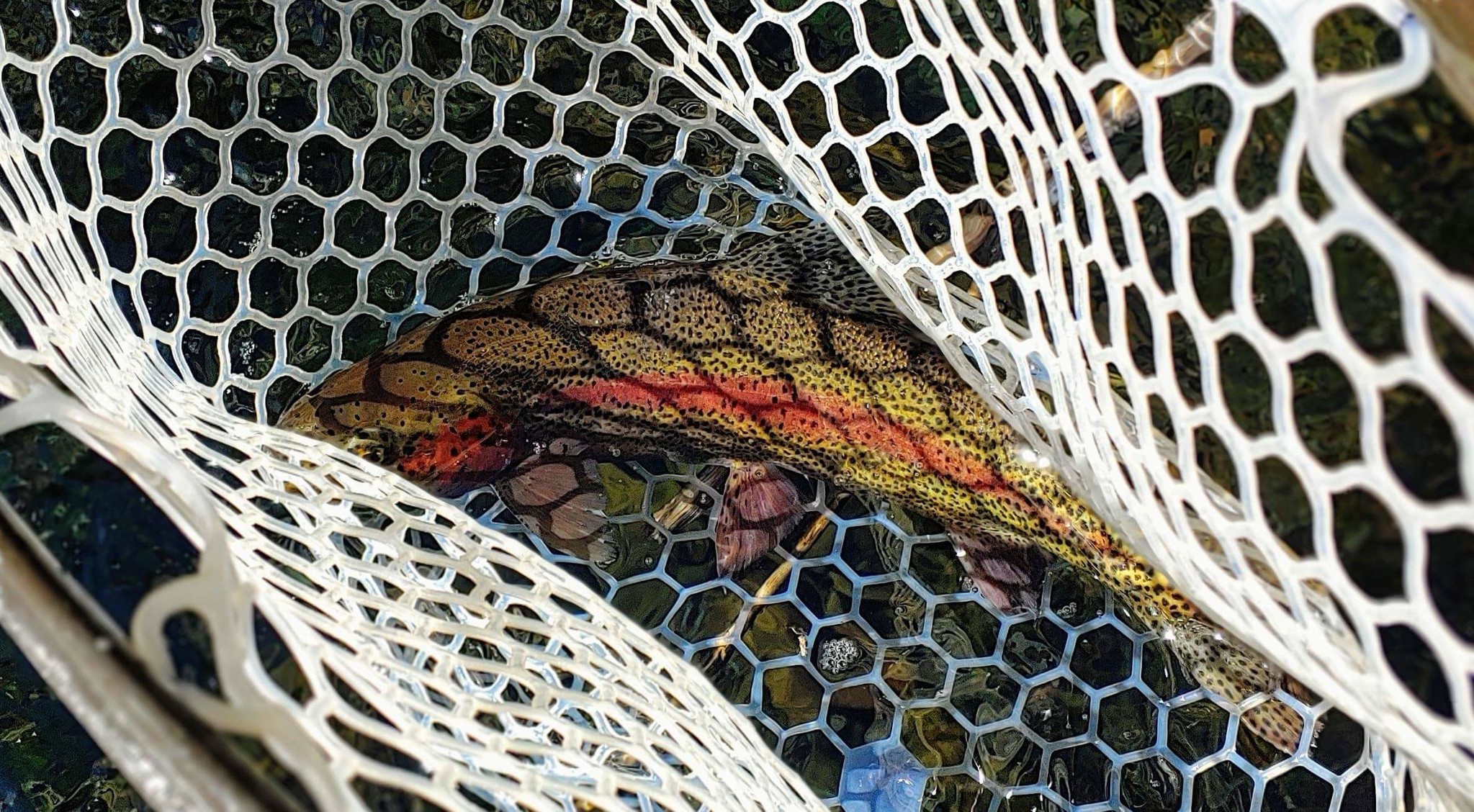 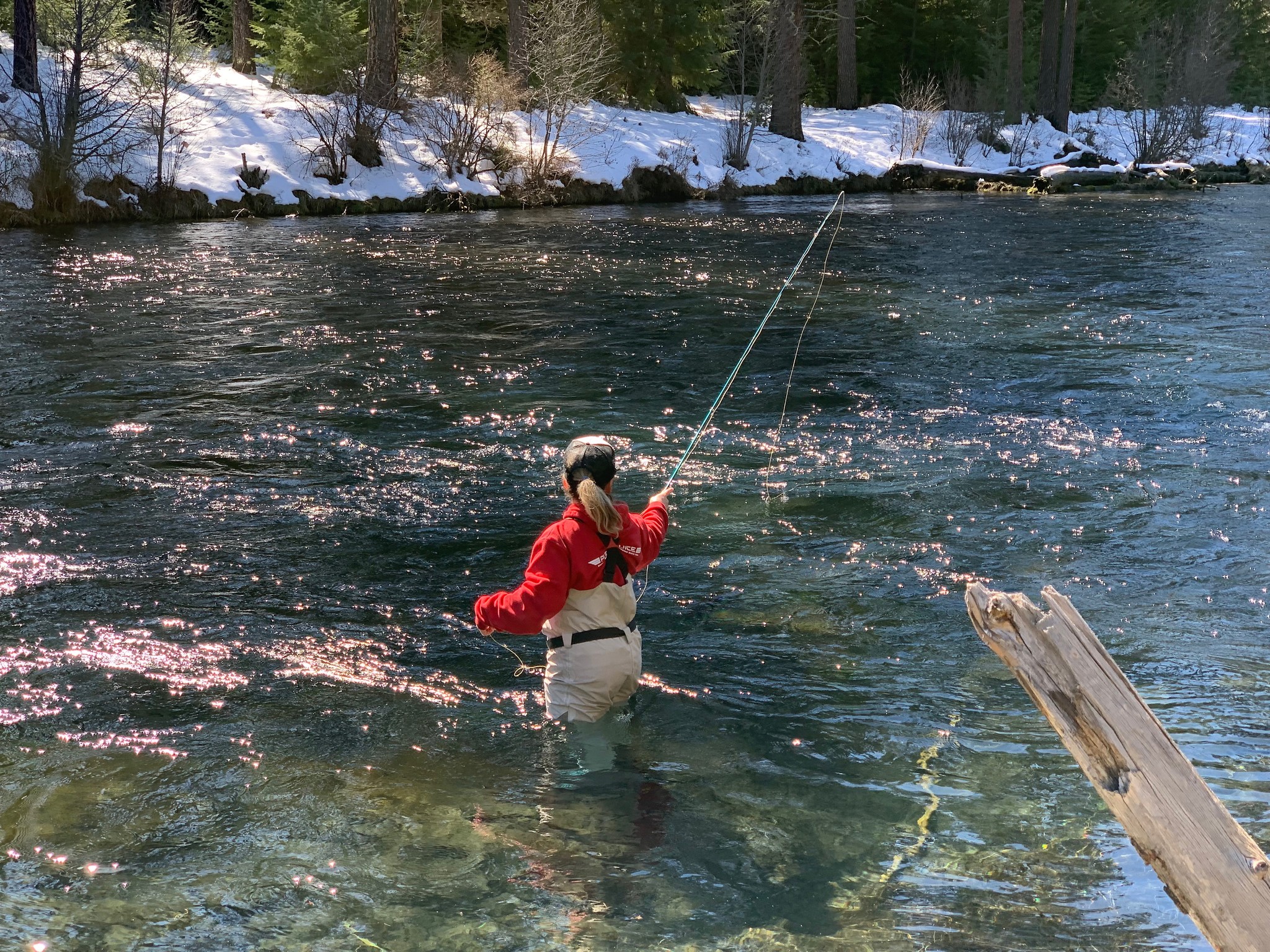 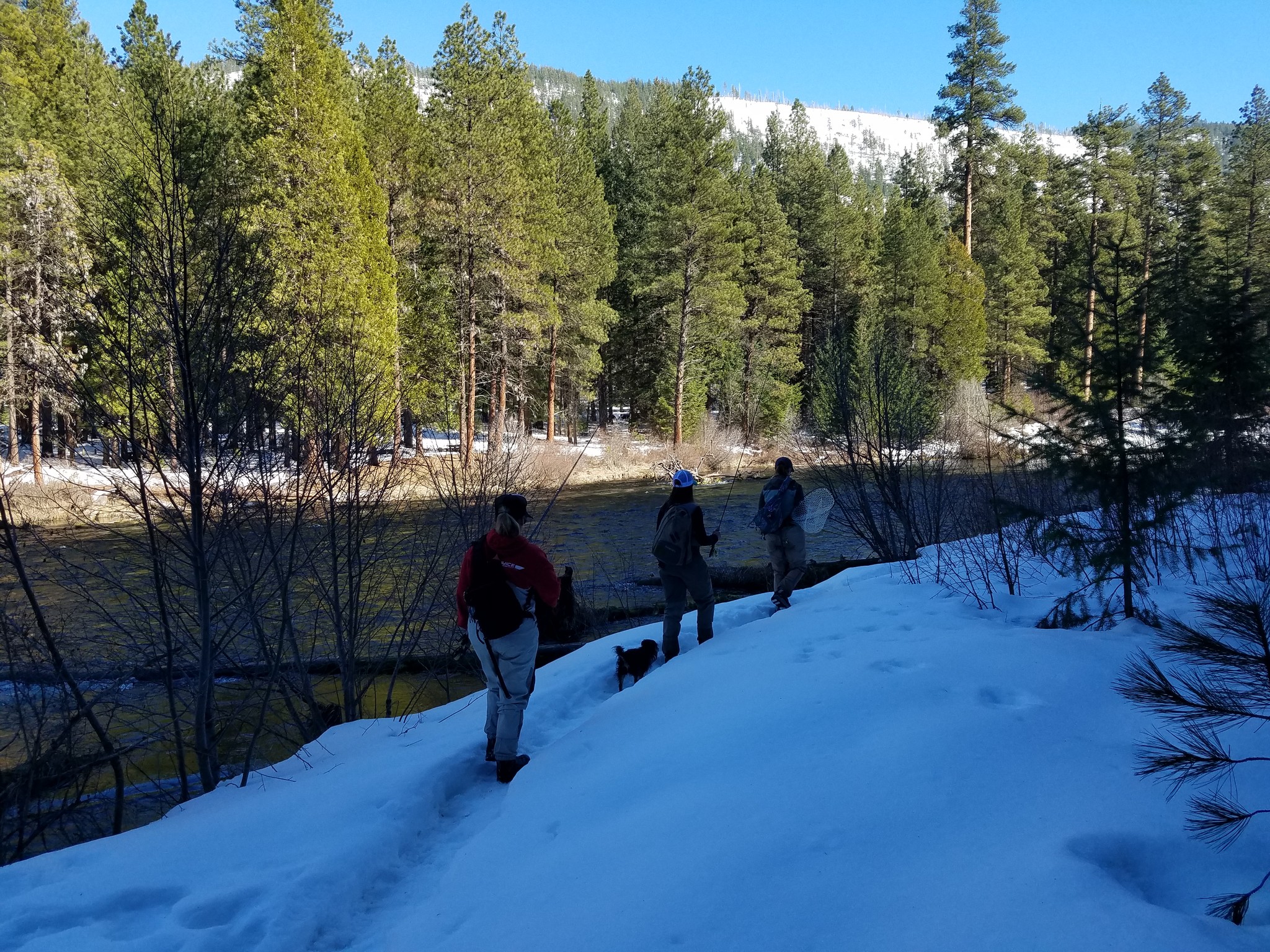