The Student Defeats the Master 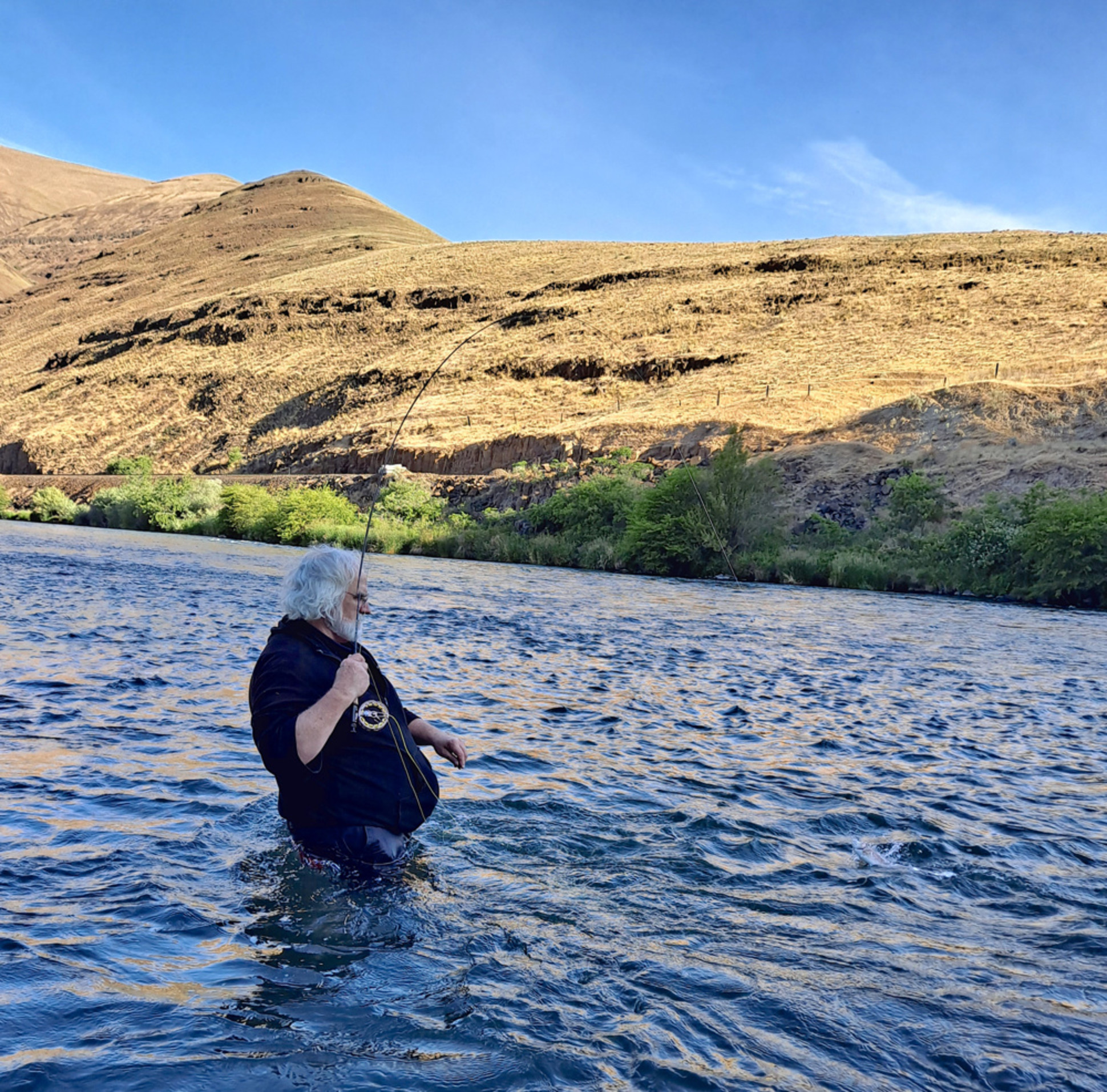 Set! I couldn’t help myself but to shout anytime I saw my dad’s dry fly get struck or indicator sink. This weekend we went on a fishing trip to the Deschutes together. I’ve been back to Seattle on multiple occasions, but this was the first time he had come down to the Portland area since I moved here. And the first time we had fished together in an even longer time. He arrived on Saturday evening as I got off work. By the middle of the day, I was counting the minutes until I saw him.

I’m a mostly self-taught angler but when I was a kid, and just starting to be passionate about fishing, my dad was the one who would take me out. My eagerness was always the impetus behind any expedition, but he undeniably got me started. I couldn’t drive a car or buy my own gear. I needed parental support just to make my breakfast. I surely could not fish without help.

He grew up in Sitka Alaska, fly fishing for silvers and pinks, sea runs, or dollies. As he would readily admit, he was not a particularly skillful fly fisherman, regularly mixing more conventional approaches into his game. But he passed on to me what he did know. Sitting on the bank and watching me fish he would dispense simple advice: ‘angle your feet where you want the fly to go’, or, ‘slow down your cast and wait for the line to straighten out behind the rod’. He got me moving with the basic mechanics.

I am very close to my dad in many ways but I loved that time fishing together. The older I got the less time we spent on the water. I increasingly fished by myself as nobody wanted, or was able, to keep pace with my dawn to dusk trips, endless bushwacking, and ten to twenty mile days. But I missed having a fishing partner, even though I got to catch all the fish and had the first shot at every run. More than that, fly fishing is my greatest passion and I’m attempting to commit my life to it. I want to share that passion with the important people in my life. Now that I work in a fly shop and, crucially, he’s retired, I was able to talk him into this trip.

I had a ball. My dad is very poor at wading, having sustained significant injuries to both ankles during his soccer days. So we mostly stayed below Maupin where I know the most water and could pick spots accessible to him. Consequently, we missed the tail end of the salmon fly hatch, but we still managed to bring some fish to the surface. As per usual, my go-to dry, a Quigley Cripple, did the trick. However, we mostly nymphed. I had acquired my first Euro rod the day before so that’s what I was excited about doing. As Josh advised me to try it was very satisfying to set the hook in spots where fish should be, even without seeing or feeling a strike and find a healthy red band on the other end of the line. But I was much more interested in putting my dad on fish than catching them myself.

Having far surpassed him in the realm of fly fishing, now I was the one sitting on the bank and doling out advice: cast into that seam, mend more aggressively, set! I tied the knots and chose the flies. I picked the water. And he was amenable, not seeming to mind my micromanagement, perhaps because I got us on the fish. He didn’t catch absurd numbers, limited as he was by his wading, but I was so excited for the ones he did hook. I know he is very proud of my fishing and the way I’m unabashedly pursuing my passion. But this weekend I was the one having my heart warmed by watching excitement flood through someone I love as an angry 15-inch trout ripped line off their reel.