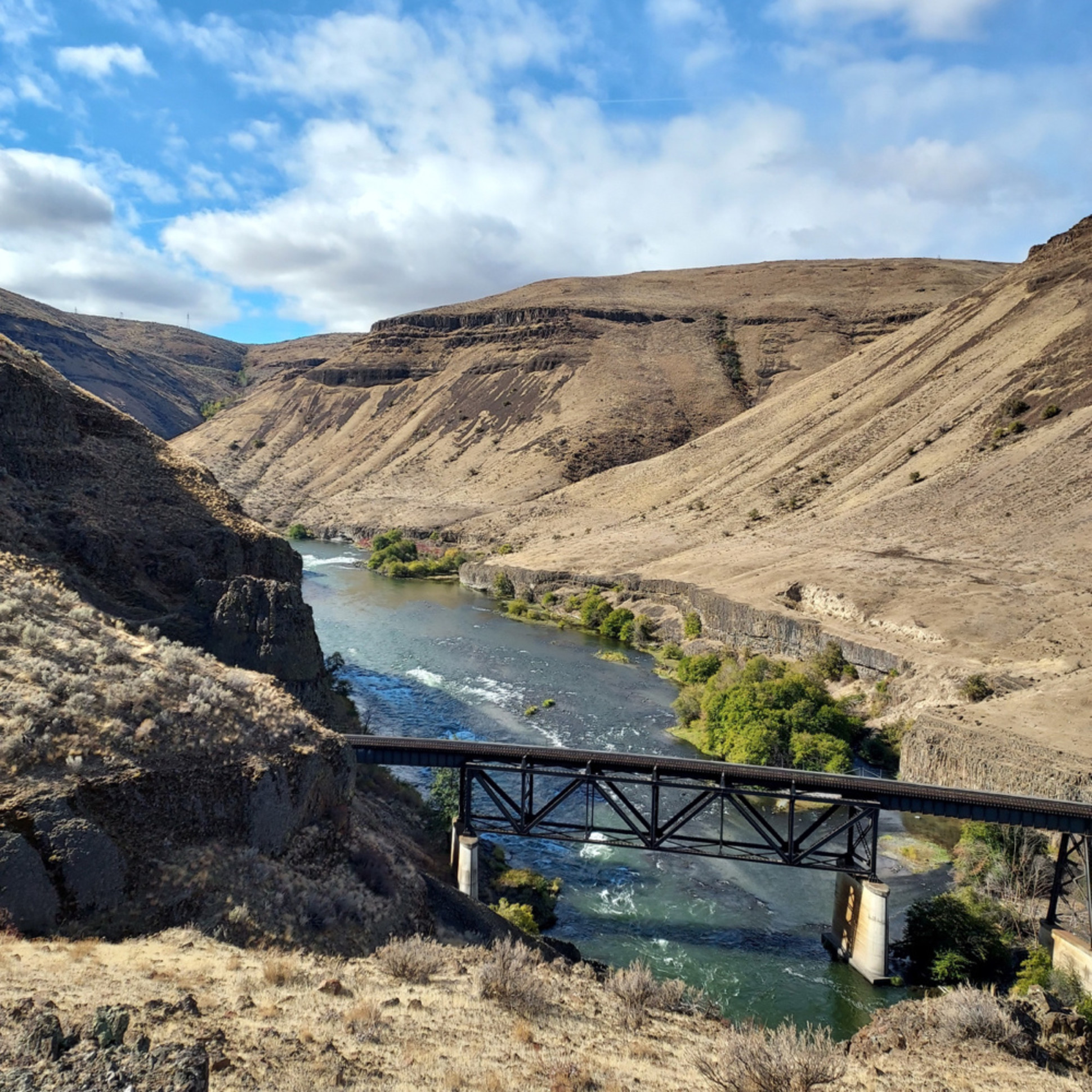 After some time spent on other water, my eagerness to visit the Deschutes has been refreshed. I get pretty bad Seasonal Affective Disorder so the promise of sunnier days and a little warmth has been tempting as well. Despite a renewed sense of vigor, I've opted to change up my methods a little. Before the sun hits the water, a dry dropper composed of a large attractor and a small Fire Starter has brought moderate but steady success. The dry fly fishing on the Deschutes is quickly tapering off but the opportunity is still there. The purple Chubby hatch is year-round. And October Caddis are out. Deschutes fish don’t seem to love October Caddis, but their presence increases the feasibility of a dry-dropper setup.

As the days warm up, and the surface action slows to a crawl, I look to my trusty Euro rod. I love tinkering with my Euro setup. I’ve found that I rig up, and fish, differently than many other Euro-nymphers. Much of the allure of Euro nymphing is in its malleability. It offers so much variety that one can tailor it to their style of fishing. Carefully thinking through your specific setup is the kind of challenge that fly fishermen thrive on. And I love the differences from angler to angler. For example, we have lots in common, but my techniques differ from Josh’s in a host of ways. I fish a longer leader than him but a far shorter tippet section.

I cleaned up over the last week, but the pace hasn't been what it was over the summer. The fish are more spread out; makes sense with more water in the river. They are transitioning out of their riffly summer water and back to more moderately paced boulder garden water. But, as of now, their location is inconsistent, offering up a day-to-day puzzle. I suspect that on sunny days they are tending back towards the water they occupied over the summer and on cloudy ones moving into more easy-going spots. Long story short, they are all over the place right now. On any given day, try different water types until you start to pick them up, and then hone in on that. On Monday, a cloudy day, I caught very few fish in spots that had fished superbly on Thursday, a sunny day, and vice versa.

Finally, I’ve found that fly selection matters a little more right now than it has over the previous few months. This makes sense in the context of changing conditions. Trout are cold-blooded, thus, their metabolism is dictated by their environment. In the summer their engines run hot. They need a lot of food to fuel the caloric burn forced upon them by increased body temperature. Their now lowered body temperatures equate to less energy needed, meaning that the fish can afford to be more selective. They don’t need to take the risk of coming out of cover to snag every morsel. They don’t even need as many morsels; i.e. your offering needs to be more tempting to elicit a strike. And what is eliciting strikes right now is anything with a pink bead. The anadromous fish are in the river. The whitefish should also be spawning. A rain of delectable eggs is pouring through the system. So if all else fails, nymphs with pink are the ticket. Good luck out there!