Hand Me Down Trout As a 24-year-old, who everybody in my life knows loves fly fishing, I am gifted fishing gear on a semi-regular basis. I think it makes people happy to feel that they are helping to facilitate the passion of a young man. And I like receiving such offerings; even if much of the time it boils down to a symbolic gesture. Many of the people giving me these things don’t know much about fly fishing or what they have. They hear about what I do, recall the old stuff in the garage, and pass it along to me. I am always gracious. But more than once defunct reels, old fly lines, and rusted hooks have found their way into the trash as soon as I got a discreet chance. I do often find good stuff mixed in with the junk though. Tying gear and materials are a consistent boon. Cool old flies, antiques that I probably won’t fish but might replicate on the vice, slowly orbit my way. And last week, an 8’6” Winston WT five weight ended up in my lap.

The WT, particularly the 8 and ½ foot five weight, is a classic Winston rod. It was produced from 2001 to 2011. It’s a three-piece rod with spigot ferrules. As a young man with four roommates, a beater of a car, and a need to pay the rent, I am not at a point in my life where I buy the fanciest gear available. Instead, I buy the equipment that is best for me. But this means that even though it's at least a decade old, the WT is far more expensive than anything else I own and has easily nabbed pride of place as my go-to dry fly rod. I had the pleasure of taking it out to the Deschutes for a test drive last week.

I got unlucky in terms of the day I was able to go out. It was after some rain had brought the water up and it was siltier than it's been for a while. The fish hadn’t yet settled back down from the spike. They were the least active I’ve seen in several months. But I was able to find some risers here and there. A few rising fish were all the opportunity needed to revel in the finesse and touch of the new rod. A balloon caddis dropped into a back eddy, and the line precisely managed to account for the funky currents, produced some beautiful fish.

Joel is a big fan of Winston rods but I’d never fished one before. And now I see why he loves them. I am sure it is not the action for everyone, but for me, in terms of dry fly fishing, it upped the pleasure of the experience. The rod pairs softness and smooth flex with elasticity such that it snaps back into a perfectly straight line the moment you hit the hard stop on your forward stroke; no wobble or shake in the rod at the end of the cast. I was reaching out and placing the fly exactly where I wanted it to go like I was putting down perfect touching thread wraps as I wound my bobbin down the shank of a size 18 hook.

I don’t want to romanticize one specific piece of gear too much. There are many amazing rods out there. This rod is more expensive than any other I own. It’s a joy to cast. But that doesn’t necessarily equal better. Is it the rod I would take with me on a week-long backpacking trip that involves bushwhacking, i.e. high risk of breakage, every day? I will probably return to the trusty Echo Base for that. Is it the dry fly rod I bust out when big winds are gusting big bugs down onto the water? I want something with more backbone for that.

More basic than scenarios like these, the fisherman makes the gear, not vice versa. And for those of us on a budget, thank god. There is nothing I can do with this rod that I can’t do with the ones I already own. I can place dries with precision using my Echo Base. I’ve been turning over delicate patterns into tight spaces before this rod, purpose-built for such scenarios, came into my possession. In my opinion, the difference in terms of the number of fish caught between a pricey rod like this and something that is more suitable to my finances is marginal. And I feel a lot of loyalty to the image of an energetic young man with only $200 worth of gear out fishing the person kitted out with $2,000 of stuff in the next run over.

What I get from this rod is the ease of use. Or to put it more vividly, the way it feels in the hand, the finesse, the languorous stroke that makes casting pleasant all day long: these things don’t catch me more fish but they make the experience more fun. You get from A to B in both my trashy CRV and Joel’s zippy sports car, but it isn’t exactly the same drive. Don’t get me wrong, I love my car, but I didn’t mind that my forearm and wrist weren’t the slightest bit tired after ten hours of casting.

And now, in my last report, I promised that I would finally have some tips and tricks coming up rather than only stories. So here are the updates. The Deschutes continues to fish beautifully for trout. Dry fly season is starting to wind down, but with some warm weather coming, get out there and get on them while you can. Nymphing is always a fail-safe if the redsides don’t want to cooperate. The sea-run cutthroats are starting to push up into the estuaries and coastal rivers along with the rains. The steelhead run is depressing, but the coho and the fall kings are looking really good. Try going up to Puget Sound where the big migratory coho are currently available off the beach; and hungrier, angrier, stronger, and dramatically more likely to eat than when they move into freshwater.

For some tips with more specificity, try orange nymphs, or at least nymphs with orange hot spots, on the Deschutes. If you aren’t already. For those of you nymphing with a strike indicator, consider using a straight piece of fluorocarbon from your indicator to the fly rather than slapping the indicator directly onto your tapered leader. A leader of varying diameters drags through the water column behind the indicator with a bow in it. A straight piece of tippet sinks evenly, allowing for a much tighter connection, and will pick up a far higher percentage of strikes. For those of you Euro nymphing, try blind setting the hook as your flies drop into the money spot, even if you don’t see or feel a strike. Also, consider setting the hook at the end of every drift. I catch a surprising number of fish that way. And for those of you dry fly fishing: good luck. I hope to see all of you in the shop soon! I love putting my head together with customers to think through my ever-proliferating hypotheses about why the fish are doing what they are doing. Even better, I am always seeking to learn, and hearing your experiences is an invaluable opportunity. Thanks!

DeschutesTroutWinston Fly Rods
Fisher Munro
Be the first to comment... 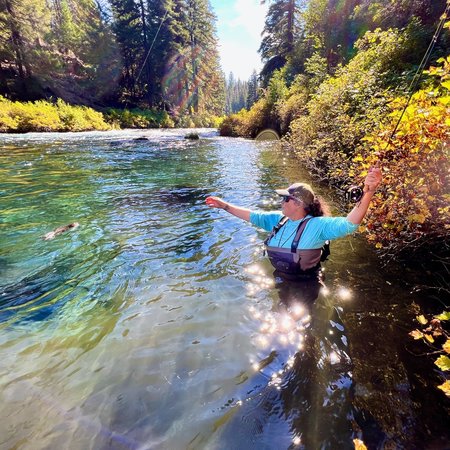 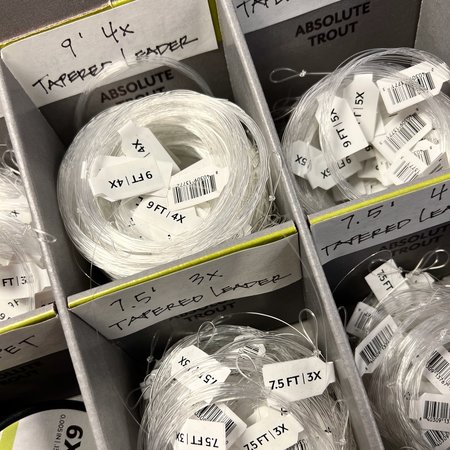 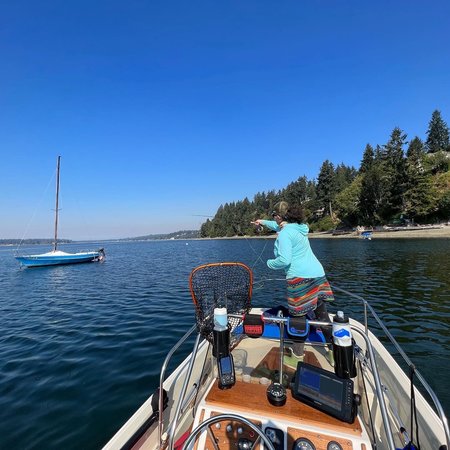