Two weekends ago one of my closest friends from college came to Portland for a visit. My girlfriend knew he was coming but I didn’t. She and my other housemates, all women, told me they were going to have a girls' night and go to the spa. This is not like them at all, but I rolled with it, suspecting nothing. Imagine my astonishment when they returned from ‘the spa’ (the airport), with our very close friend Matt, in tow. The reunion was both shocking and joyful. He and I, along with my current housemates, lived together all through college and I love him like family. I’m incredibly glad he visited. But it severely limited the fishing plans I’d had for the weekend.

My schedule wasn’t completely open when this weekend rolled around either, but I was going to go fishing come hell or high water. Fortunately, I didn’t have to deal with either one. The only problem was being spoiled for choice as I decided where to go. I’ve caught obscene numbers of fish on the Deschutes lately. I work in a fly shop and I should know as much of the local water as possible. Other commitments prevented me from getting out the door before 10:30 on Monday morning. One plus one plus one equals three: it was time to fish some new water. I decided on the Godzilla River because of its relative proximity, an hour drive, and because of the number of customers who come in and ask about it.

The Godzilla River was a throwback to some of the Western Washington rivers I fished as a kid. It’s deeply forested and cut down into a steep valley. The cedars and grand fir drip with moss, ferns obscure the ground, and salmonberry bushes leave little scratches on your arms as you make your way to the river. When I arrived it was raining and the Godzilla is the sort of place that looks right when it’s raining. Best of all, there are trout in every spot that there should be, from the bigger pools right down to the tiniest pockets.

Fishing the Godzilla was an ego stroke. It felt like technical dry fly fishing. I had to make accurate casts into tight spots and negotiate many conflicting currents. Backcasting space was often limited and the water was too shallow and clear to get away with overly aggressive casts slapping the water. But the river is teeming with fish, and they are so aggressive that they come and smack the fly every time. I quickly lost count of the multitude of Trout I landed. Admittedly most of the fish are quite small. Most of the fish in any west side river are. But it is a hoot to watch them materialize out of crystal water and hammer the fly. They are vivacious and starkly colored just like the water they come from.

In preparation for the trip, I had asked the rest of my coworkers where I should go on the river and what I should fish. Joel’s parting advice as he walked out the door, confidently spoken, was this: “fish Caddis and Humpies!”. So that’s what I did, with great success. I was using the three-weight outfit that I purchased recently and it was perfect for the situation. It’s delicate and about as much fun as you can have with a 7-inch fish. Toss in the occasional fish of ten or twelve inches and you’re set for an exciting day. A red Humpy was the ticket all day long. The same one stayed on my line from the first to the last cast and it was looking pretty beat up by the end. As the summer rolls in you can and should fish the famous rivers. But I highly recommend getting a lightweight outfit and not ignoring gems that are closer to home. It’s blue lining season, and nothing is better than getting an entire river to yourself for the day with only beautiful Trout habitat all around you and stunning fish in your net.

Dry FlySmall streamsTrout
Fisher Munro
Be the first to comment... 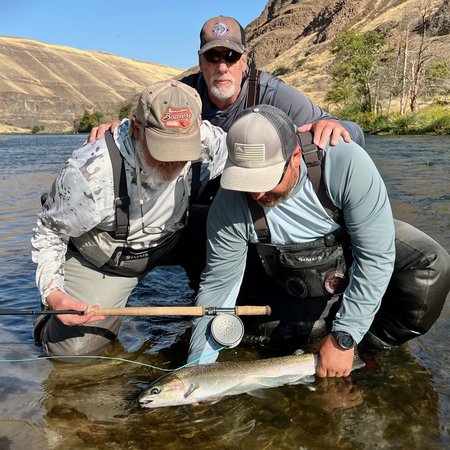 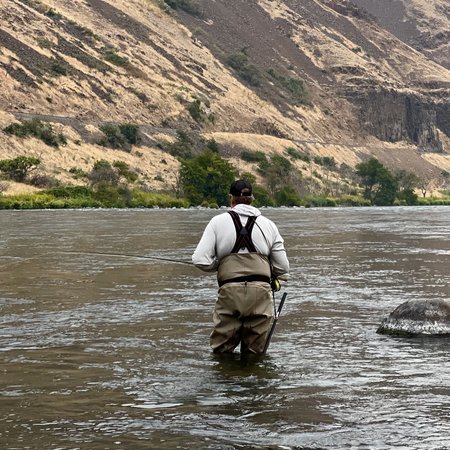 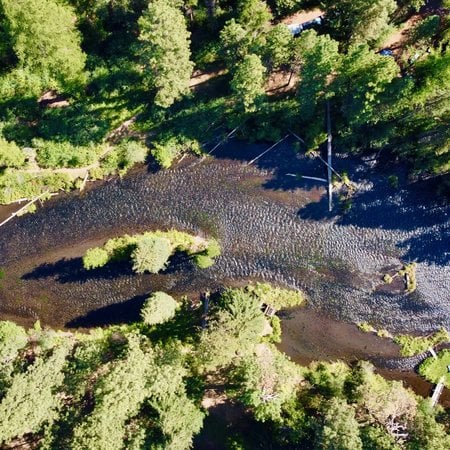